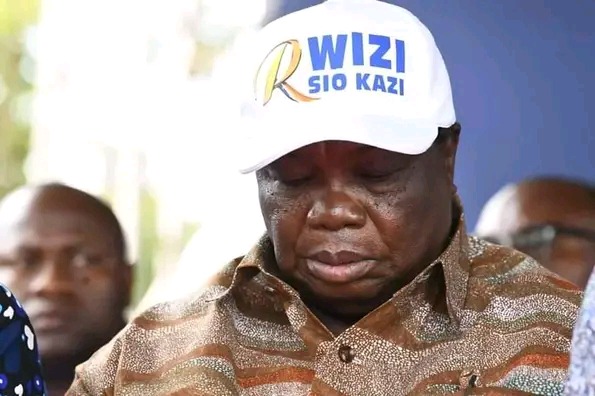 According to the veteran trade unionist, his life will be in danger should the Deputy President William Ruto take over power after the next general election.

Owing to his political bad blood with the country's number two, Atwoli alleged that the DP will be after his life should he take over the reigns of power from President Uhuru Kenyatta.

While asking the region to turn out in large numbers to vote for Raila on election day, Atwoli gave his own wife a special assignment on the day Kenyans will be queuing to vote.

According to the fiery trade unionist, on the election day, his wife should personally take charge of mobilizing fellow women in the region to go and vote for Raila to ensure he wins the State House race.

Atwoli believes that should his wife take the assignment seriously, then she will save his life, which he claims will be in danger should Dr Ruto beat the former Prime Minister in the State House race.

A serious critic of the DP, Atwoli has always insisted that the Kenya Kwanza Alliance presidential candidate will not become Kenya's President, saying that he is very dangerous for the country. And on Wednesday, while speaking in his Kakamega backyard, the COTU boss was quick to remind Kenyans not to vote for the former Eldoret North MP.