Kiambu UDA senatorial candidate speaks after being cleared by IEBC :" We are now in the ballot" 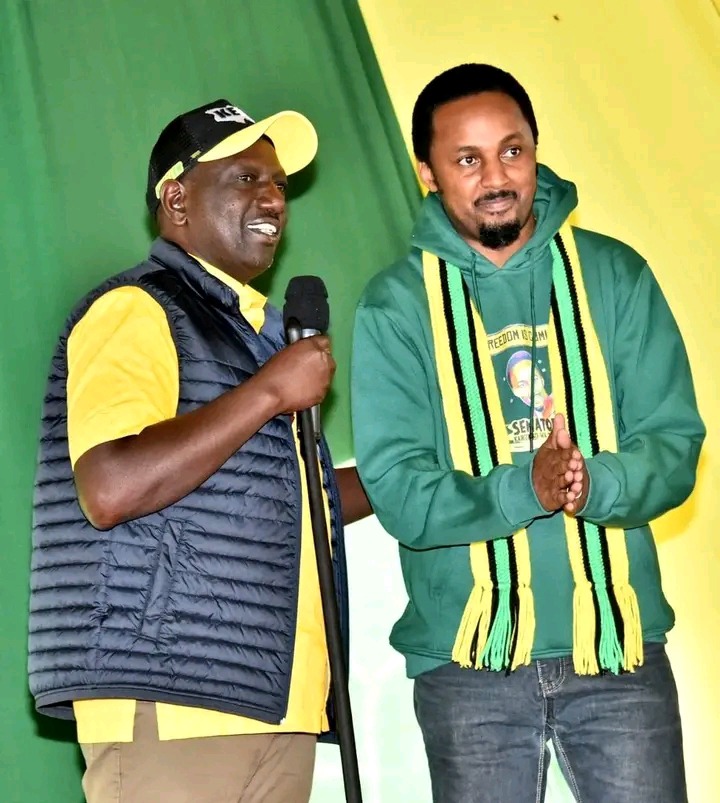 " We've just been cleared to run by IEBC" wrote Karungo Thangwa on his official Facebook page. 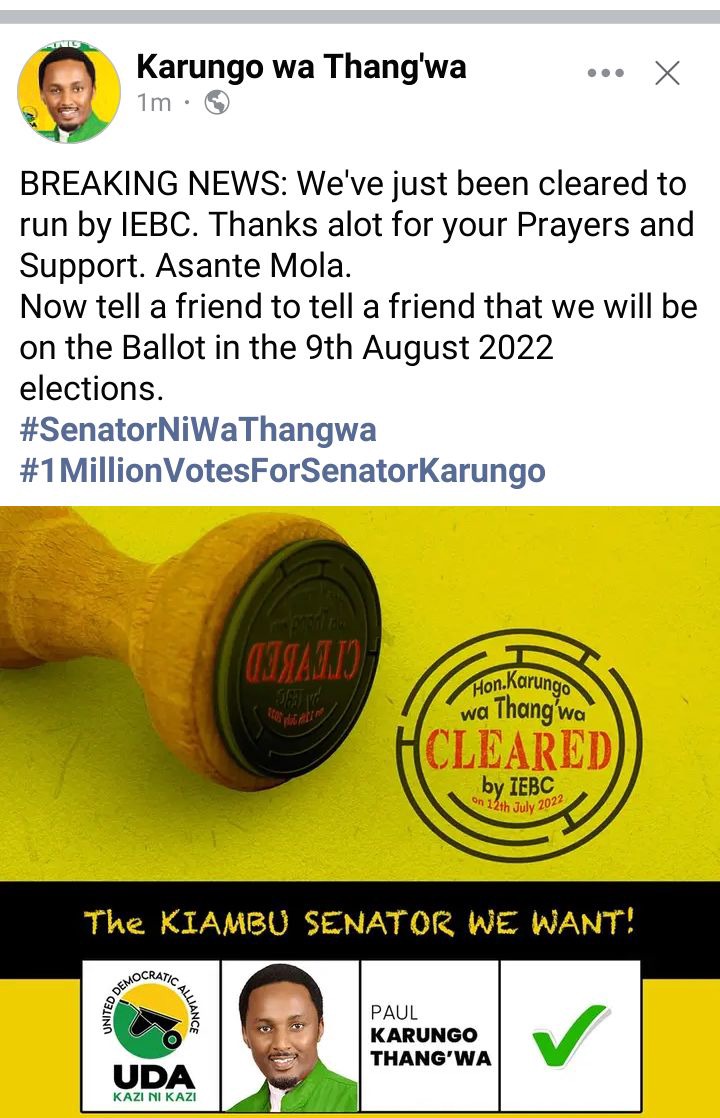 The UDA senatorial candidate thanked his loyal supporters for their prayers and support.

" Thanks a lot for your prayers and support" added Karungo Thangwa.

Mr. Karungo Thangwa urged his supporters to spread the good news to the people of Kiambu county that he will be in the senatorial race come ninth August.

The incumbent senator Kimani Wamatangi is eyeing for the county gubernatorial seat on a UDA party ticket. His absentia in the race has resulted to sprout of new youthful aspirants keen on succeeding him.