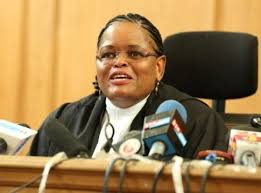 The hearing of the Building Bridges Initiative (BBI) has started officially at the supreme court with a seven judges bench led by Chief Justice Martha Koome to rule out it's verdict. The hearing is set to take 3 days. So far the supreme court through Chief Justice Martha Koome has declined the request from lawyers who had demanded extra time during the hearing. According to the lawyers, 45 minutes were not enough.

Koome in her ruling made it clear that the time granted to all the parties was quite enough and hence no extra time would be given to the parties which had requested the same.

List Of 4 Mt. Kenya Counties Among 22 Others Facing Hunger Crisis