Meet The Leaders Who Say Kingi Made A Wrong Political Move

By HE-Hinda-Edwin (self media writer) | 10 months ago

Former Prime Minister Raila Odinga has been enjoying a wide support from the Coast since his strong three attempts in 2007, 2013 and 2017. But recently, Kilifi governor Amason Jeffah Kingi dumped the Orange Democratic Movement(ODM) amidst complains of the independence of the Coastal region. Governor Kingi formed the People's Alliance (PAA) but with each passing day he is becoming isolated. ODM fought back by removing governor Kingi from being the chairman of ODM in Kilifi county. His efforts to unite the coastal leaders is not bearing fruits since he failed to convince the politicians from the Coast in supporting his dream.

Some of the politicians from the Coast have now moved say that the governor commited a political suicide by dumping ODM and forming PAA. Tana River Governor Dhadho Godhano together with Kilifi senator Stewart Madzayo told the reporters that the move by Kingi to form PAA was not aimed at fighting Raila Odinga. The two leaders explained that Kingi is fighting Mombasa governor Ali Hassan Joho who has been the most popular politician from the region and has been regarded as the kingpin for Coastal leaders and voters as well. 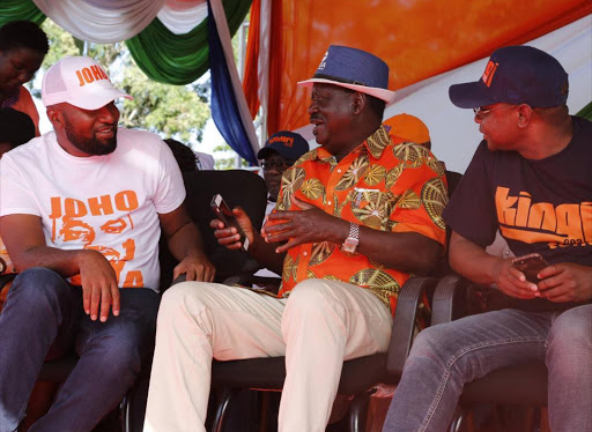 For the Kilifi senator Madzayo,the governor is working closely with Governor Salim Mvurya of Kwale to ensure that they get rid of governor Joho. The senator explained that the two governors are serving their last terms and Raila is not so interested in them as before. But inste¢¢`ad the ODM senator said that Raila has switched to work with current active politicians who still have something to offer in the next general elections. 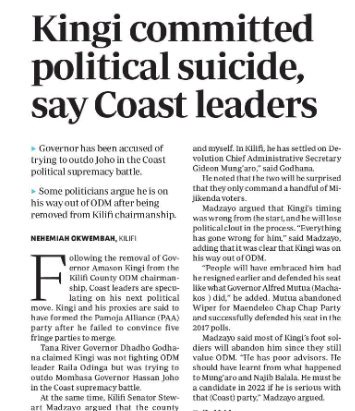 According to Hon Madzayo, Kingi's timing was wrong was wrong from the start ,and he will lose political clout in the process "Everything has gone wrong for him." He said governor Kingi would have resigned from ODM before the 2017 general elections to test himself