As Kenyans waited on President Uhuru Kenyatta to arrive at the Parliamentary Buildings in Nairobi for the 8th State of the Nation Address, there's an interesting scene that could be noted during the arrival of two men seeking to succeed him come next year.

During the arrival of Deputy President William Ruto and the former Prime Minister Raila Odinga, we noticed that they refused to copy each other while greeting the Kenya Defense Forces Generals and other State Officers that had lined up beside Parliament Road.

The former Prime Minister Raila Odinga was the first to arrive, making his way to the Parliament Building premises at around 2:20pm aboard his black Land Cruiser Prado.

Upon alighting from the ride, Raila who was being accompanied by the Suna East MP Junet Mohamed and his neatly dressed bodyguard saluted at the KDF Generals as his way of greeting them on his way to the National Assembly Chambers.

Below are some photos that captured his arrival. 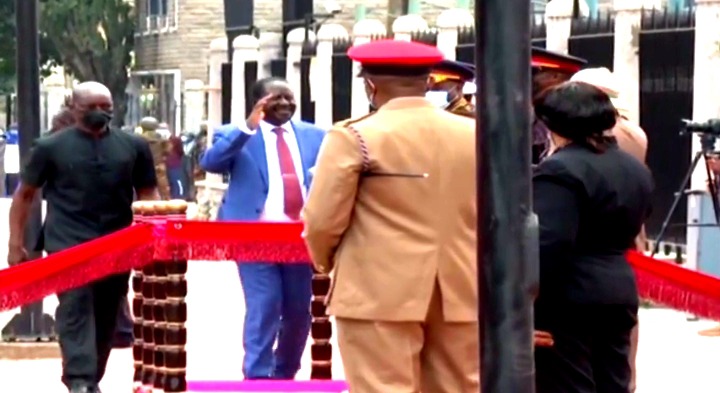 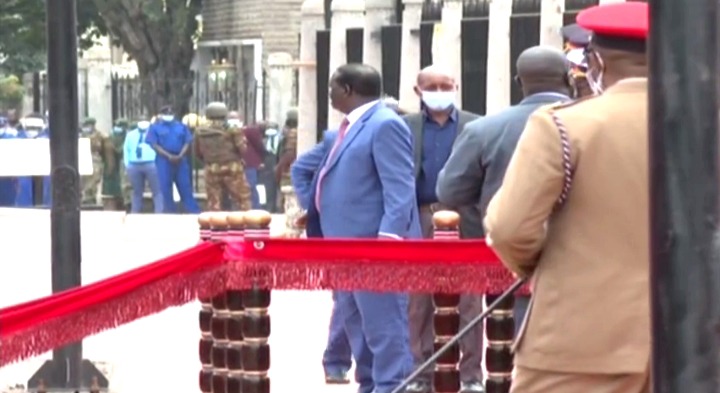 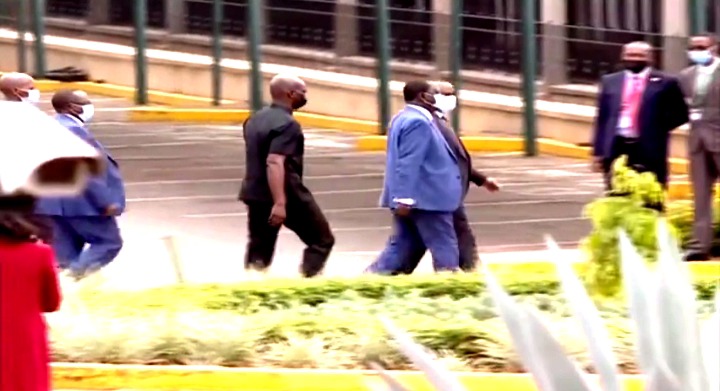 Nearly fifteen minutes after Raila's arrival, Deputy President William Ruto made his way arriving at the Parliament aboard his favorite Lexus LX570 and in the company of the Mumias East MP Benjamin Washiali.

Unlike Raila who greeted the generals by saluting them, a seemingly elated DP Ruto chose to go for fist bumps instead of copying him though it's him who saluted last year.

The DP first bowed then fist-bumped the Generals and State Officers one after the other and he was at one point seen engaging them in a lively conversation that had scenes of laughter as captured in the photos below.

Then since he was to receive President Uhuru Kenyatta, the DP didn't enter the National Assembly Chambers right away but had to wait outside like those Generals and other State Officers. He used his little time to greet other politicians present as seen below. 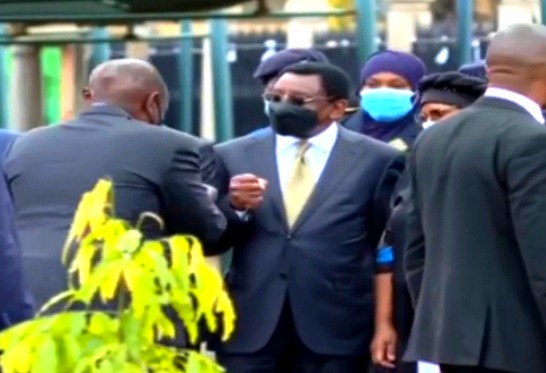 The President found DP Ruto waiting for him and instead of only bowing down out respect, the President opted for a fist-bump too and he extended the same combined with bowing to other State Officers as seen below. 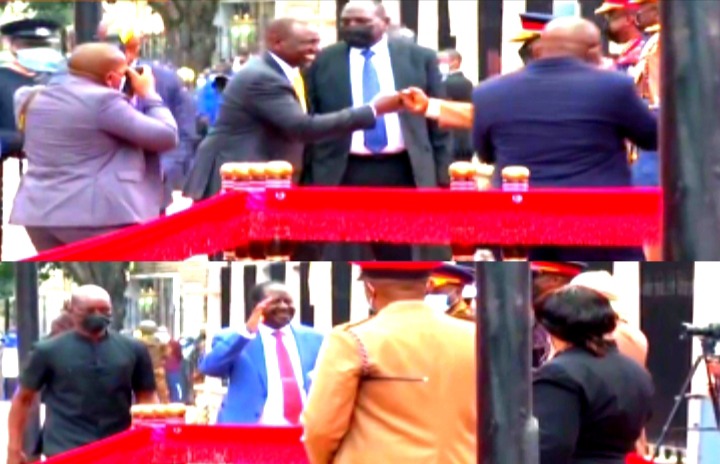