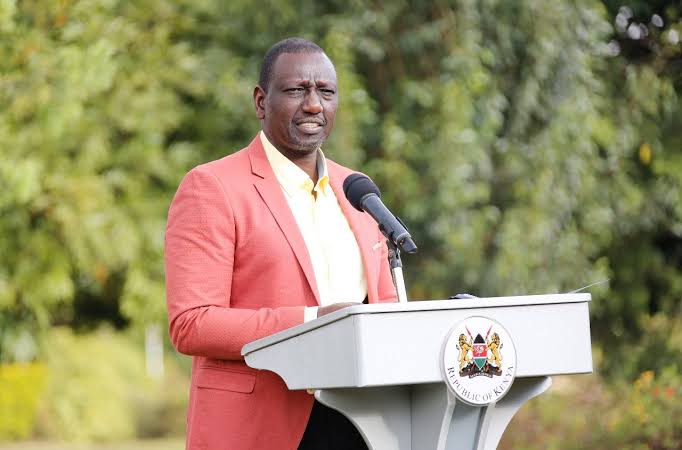 Nandi county Senator Samson Cherargei has been dealt a huge blow after the Deputy President William Ruto said that no one should waste parliament's time to discuss his security.

He has since noted that the Administration Police Officers are well qualified and that they will guard him just like the elite General Service Unit officers did before their replacement.

He has since told off those thinking that his security had been downgraded noting that the new police detail were e to the task just days after GSU officers were recalled from his official residence as well as his private homes.

"PARLIAMENTARY time should not be WASTED on non-issues. The AP is a PROFESSIONAL SECURITY SERVICE and those who think its a down grade are WRONG. Parliament should instead focus on DEPLOYMENT to serious security SITUATIONS in areas where bandits are causing mayhem & destruction."https://t.co/9fAbe5ugqy 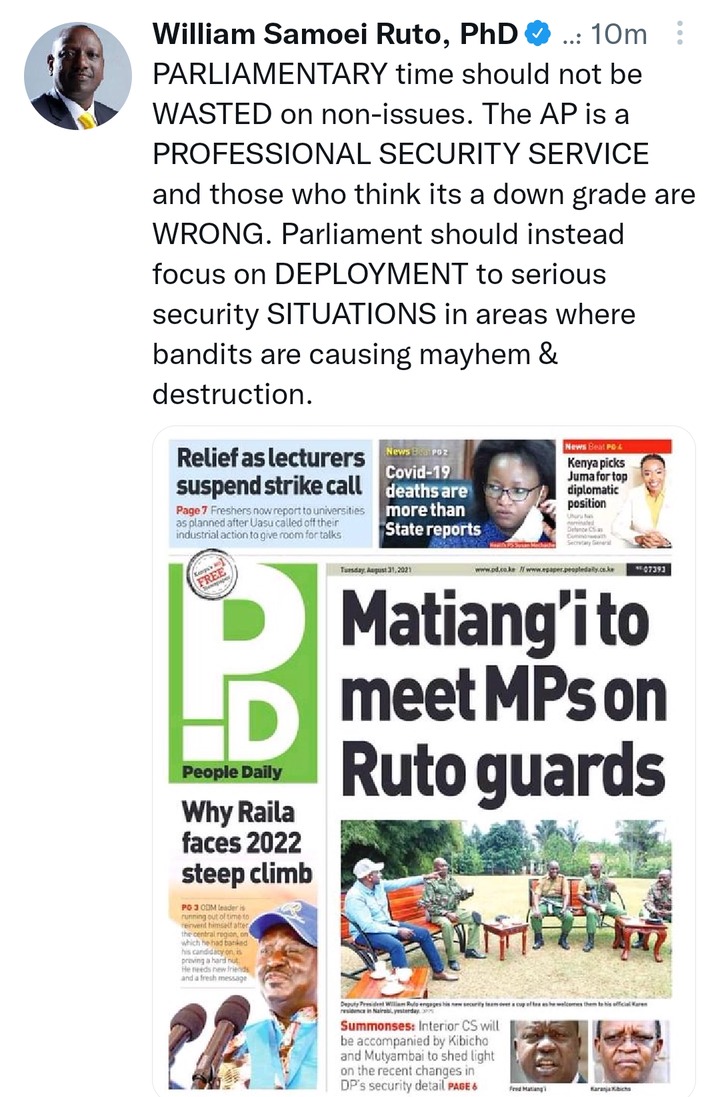 This comes just days after it emerged that parliament would summon the Cabinet Secretary in charge of the Ministry of the Interior and Coordination of National Government programs CS Fred Matiang'i.

The Inspector General of the National Police Service Mr Hillary Mutyambai would also be summoned over the downgrading of the deputy president William Ruto's security.