By Onyaiti (self media writer) | 11 months ago

Kisii county became the 8th county to endorse building bridges initiative constitutional amendments that are set to undergo a referendum,Despite a number of legislators fighting to oppose those changes ,county assemblies have made their choice of endorsing those reforms.With already 8 counties approving amendments to proceed to the next stage,its up to to 16 more counties to approve those amendments that is according to the Kenyan constitution that states in order for reforms to be amended and move to the next stage a total of 24 counties need to approve constitutional changes by voting.After Kisii voting overwhelmingly only 16 counties are needed so far.This can be achieved only if some strong hold that former prime minister Raila Odinga enjoys a vast majority of the support endorses BBI,last week Mombasa county convened to converse on benefits of the amendments and reports claim that they both agreed to support constitutional reform's. 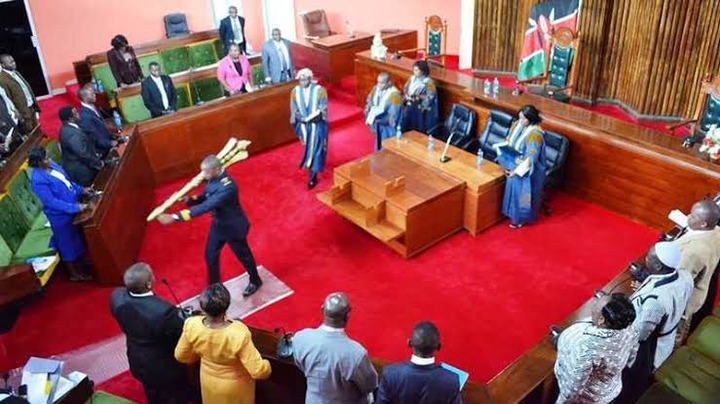 If Coastal Kenya county assemblies members will implement those amendments it will be good news for handshake,Raila Odinga enjoys a massive support in Coast which is a factor that one will be considered when it comes to approving of Building bridges initiative.Last week deputy president William Ruto strong holds in rift valley refused to implement constitutional amendments which resulted to a fist fight in Baringo county Assembly.Yesterday Ruto and his allies were handed a major blow after Kajiado county endorsed constitutional amendments,With just 16 counties needed to move BBI to the next stage president Kenyatta and ODM party leader Raila Odinga have everything to smile about after a case that was filled by Third Way alliance was withdrawn giving BBI committee a go head to the next stage.