What Do You Think What Causes Violence After Every General Election In Kenya?

By RiftvalleyBlogger (self meida writer) | 28 days

The republic of kenya normally conduct general election after every five years. Whare the six position are elected which include position of presitend. And after every election it has been a tradition in Kenya to have violent. Whare many people lost their lives while others lost their properties. 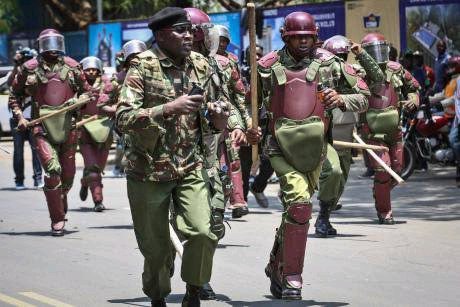 In the year 2007 general election the republic of kenya recorded history after thousands of people died while Millions lost their properties due to violent after election. Which makes the United Nation UN to react on it, And later political leaders was prosecuted in the International Criminal Court ICC.

While the cauntry is remaining with only one year before general election to be held. KTN TV conducted an opinion poll in its official twitter page, Whare they ask his followers in Kiswahili language to give their opinion. They give to choose between Ukabila, Uchochezi, Mpangilio wa Uchaguzi and Sina uhakika. 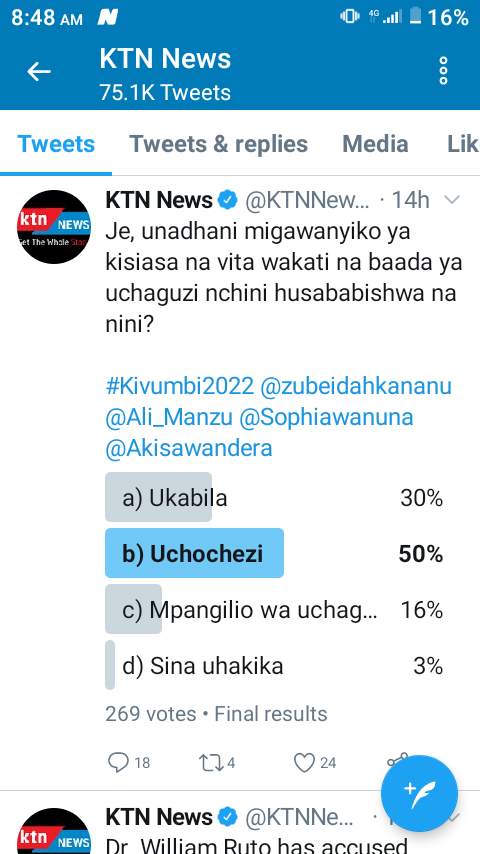 What is your opinion on this? Kindly give your views.

Content created and supplied by: RiftvalleyBlogger (via Opera News )

Another Popular Artist Reveals That He's So Sick, Claims He Has Been In Pain The Whole Night

The Bahati's Enjoying Life In Instabul Turkey (Photos And Video)

"Quick Recovery To you ," Fans Pray For Musician Weezdom After He Revealed To Be Hospitalised

Kibwana Makes A Touching Prayer For His Rival In 2022 Presidential Contest, Asks God To Favour Him