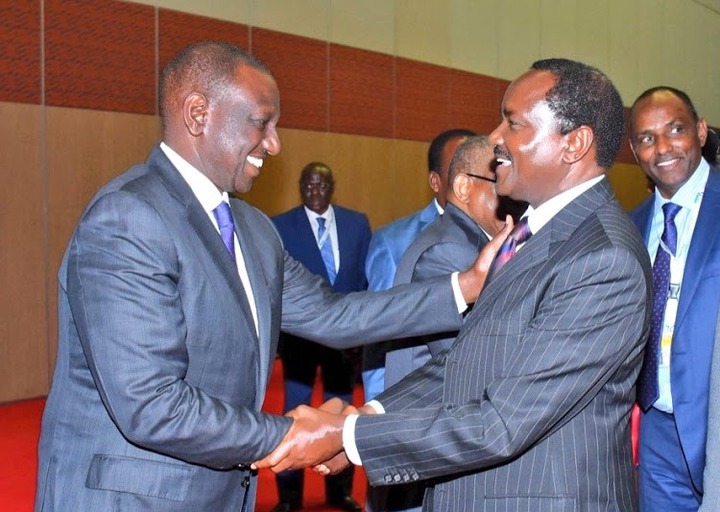 DP William Ruto and former VP, who has ruled out supporting Raila's 2022 presidency

Former Vice President Kalonzo Musyoka has served Opposition Leader Raila Odinga a huge blow a few days after saying they were 'cooking' something.

During the burial of Kibwezi MP Kalembe Ndile, Kalonzo gave Raila Odinga's hope by saying "ukiona vyaelea jua vimeundwa" as he hinted at working on something with Raila ahead of 2022. 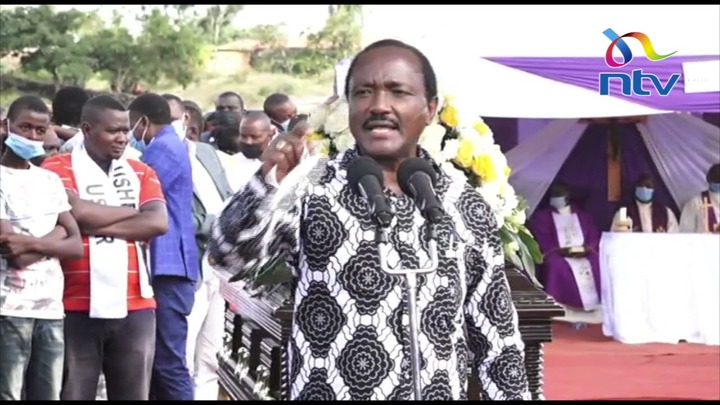 However, Kalonzo has today issues another statement that could be a huge blow to Raila's 2022 presidential ambitions.

The former VP has said he will stupid to support Raila's presidency for the third time.

"I am not a weakling...Raila and I have never sat to discuss 2022. I will be the most stupid person on earth to support Raila Odinga for president for the third time without a measure of reciprocity," said Kalonzo. 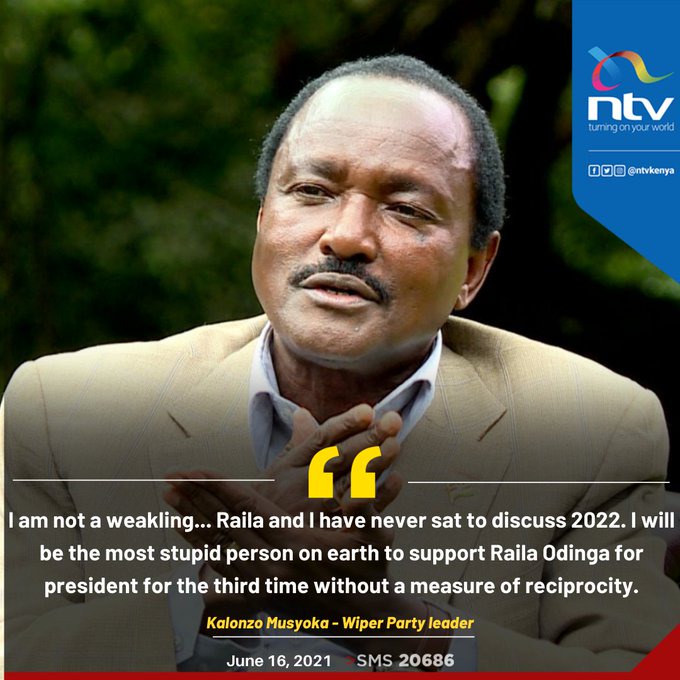 During Ndile's burial, Raila said they were focusing on being in the next government, adding that reaching a deal with Raila won't a big deal.

His statement saw Kalonzo say their NASA coalition had not been disbanded.

"We have reasons why we want to be in government so we can change the lives of Kenyans," said the ODM party leader

Political Analysts Are Speculating There Is A Slightly Possibility For A Run Of.

Will There Be A Run-off? Tom Wolf of TIFA Research Weighs in