The August General Elections saw some big names make a comeback to the political arena who had been in the dark for many years.

Picture courtesy. Image from the event.

The United Democratic Alliance party was one of the big winners in the recently concluded polls as per the seats that were won by parties across the country.

One of the big names that made a comeback was Danson Mungatana who was the Member of Parliament for Garden Constituency using a Narc Kenya Party ticket.

The popular politician made a comeback to the Kenyan politics this year after he vied for the Tana River Senate seat on a United Democratic Alliance party ticket.

The Senator, who was recently sworn in at The Senate is married to popular news anchor Mwanaisha Chidzuga who is known to many Kenyans.

As per the reports that we have with us, the two were together in Tana River County saying thanks to the locals who voted for Danson Mungatana.

News Anchor Mwanaisha Chidzuga has accompanied her husband, Senator Danson Mungatana on a meeting the people of Tana River tour. 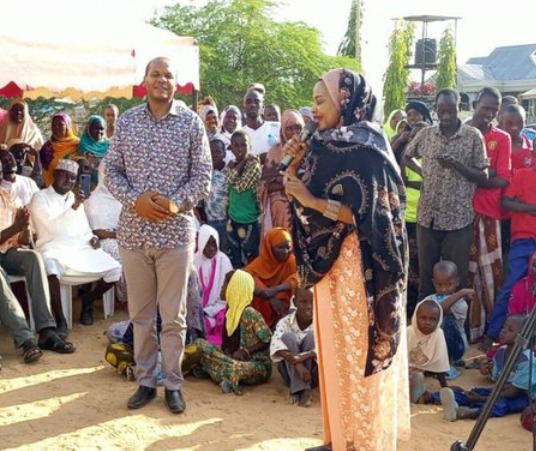