By EMambanews (self media writer) | 4 months ago 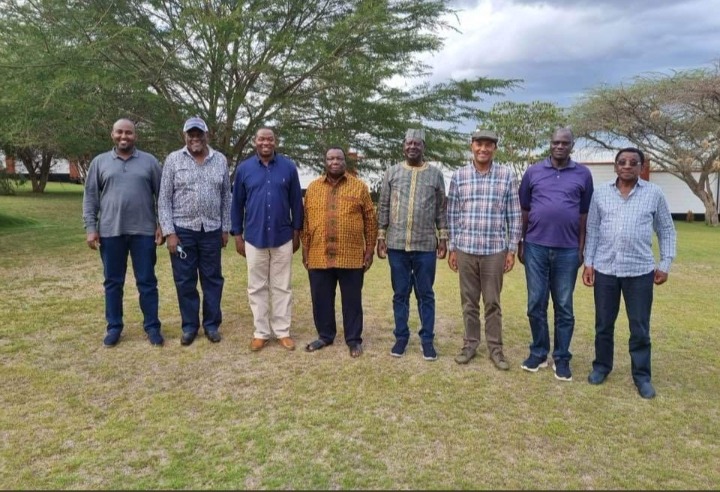 It has emerged that several high profile leaders attended for an Azimio La Umoja today's consultative meeting which was held at Francis Atwoli's Kajiado Home. According to the report shared by the COTU boss Francis Atwoli through his social media platforms, several leaders from different parts of the country attended the meeting. Francis Atwoli is one of the diehard of former Prime Minister Raila Odinga.

Atwoli has initially declared several times in public that will not be the president come August 2022 general elections, adding that his name will not be on the ballot papers.

The high opinionated COTU secretary general Francis Atwoli had for the first time revealed why he has never and might never run for election posts in the country despite his penchant for controversy.

Therefore according to the report shared through his Twitter account, today Azimio La Umoja held a consultative meeting at Francis Atwoli's Home at Kajiado. 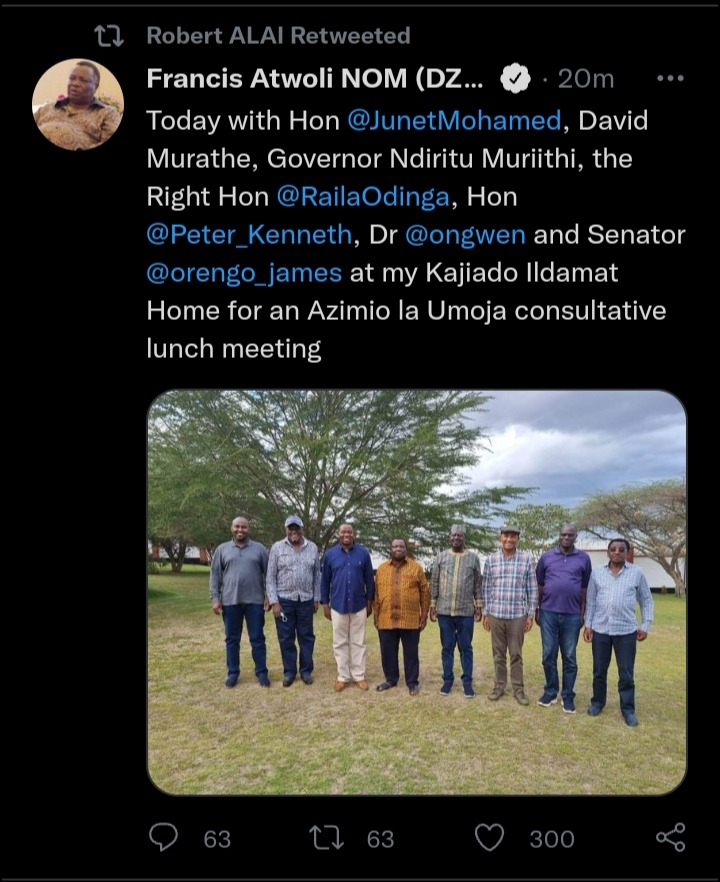 "I Fell in Love With A Celebrity, And I Never Want To Date One Ever Again" Popular Actress Regrets

Martha Karua Praises Raila In Nakuru Ahead of Elections

5 Catacombs that will Creep you Out