His Excellency the President is Silently Managing his Succession.

By Kasisikiao (self media writer) | 27 days ago

What the president of the republic of Kenya His excellency uhuru Kenyatta is doing behind the scenes to ensure that he leaves behind a United and peaceful country when he retires later next year. 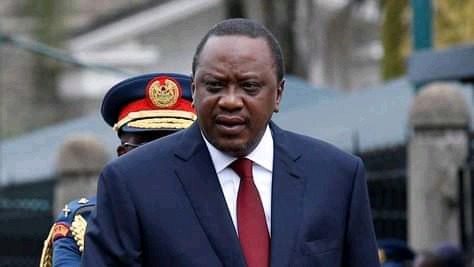 The president of the republic of Kenya Is a man on mission.His main agenda is to leave behind a United and peaceful country when he retires later next year..He is doing this by bringing together all political players,by encouraging them to work as a team save for his deputy who has isolated himself from the rest and focused on being a lone ranger.

President Kenyatta,has been of late overworking himself out, Inorder to ensure that all is legacy projects are completed before he exit the scene.It is on this point that he has brought the likes of hon kanini kega,and other loyal mount Kenya leaders,to assist the former prime minister Raila Odinga to access and talk to Mt Kenya people.This was evident during the tour of mount Kenya by the former prime minister a few days ago.

Hon Raila Odinga received what was called heroic reception by enlightened crowds in all areas that he visited.

Nevertheless this could not be possible if it were not for the handshake which hon Raila had with the president who is the kingpin of mount Kenya region.

President Kenyatta is truly working very hard and smart to ensure that his preferred candidate wins the next election.It is however important to note that the president has not said publicly, who he gonna endorse for the highest office in the land, but his actions points to non other than the former prime minister.We are waiting eagerly for the day that he gonna make that declaration officially,as thiis will tilt the political scale in Mt Kenya.

Content created and supplied by: Kasisikiao (via Opera News )