President-Elect William Ruto's Kenya Kwanza team has today received another major boost a day after William Ruto was declared the winner of the August 9tg general elections in the country.

The president elect and his team first received major political boost from Nambane recently elect member of parliament honourable Waikili Mulanya joined the hustler nation after he was elected as an independent candidate. 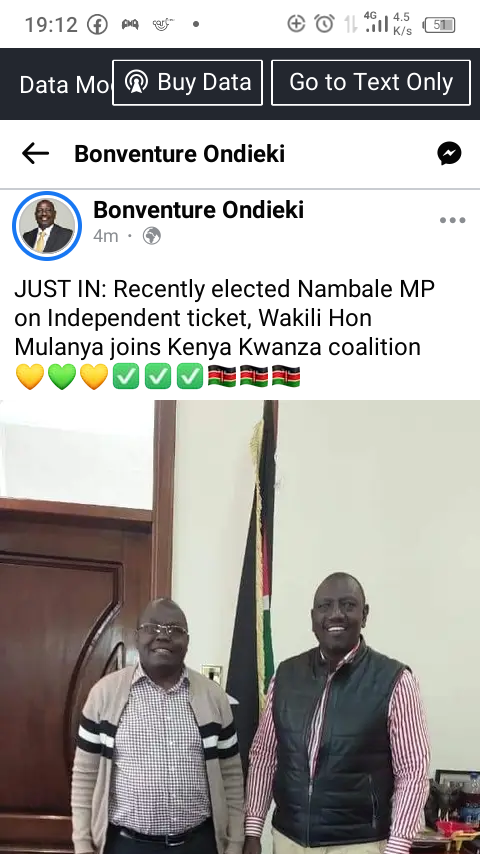 The second leader to join the hustler nation is honourable Njoroge Kuria who is the Gatundu North member of parliament elect under the independent party ticket. 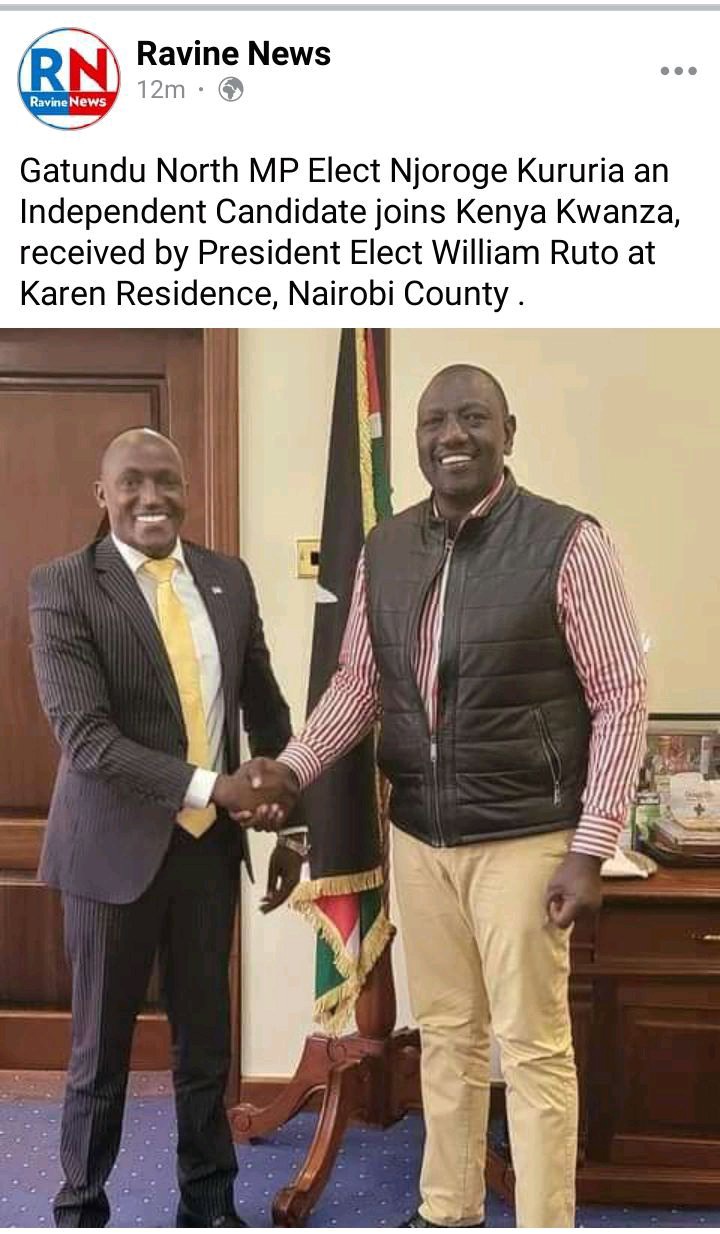 The third leader to join Kenya Kwanza was Engineer Benard Muriuki of Mbeere constituency from the larger mount Kenya region. This is a big win to the hustler nation a head of the election of the National assembly speaker and the Senate speaker. 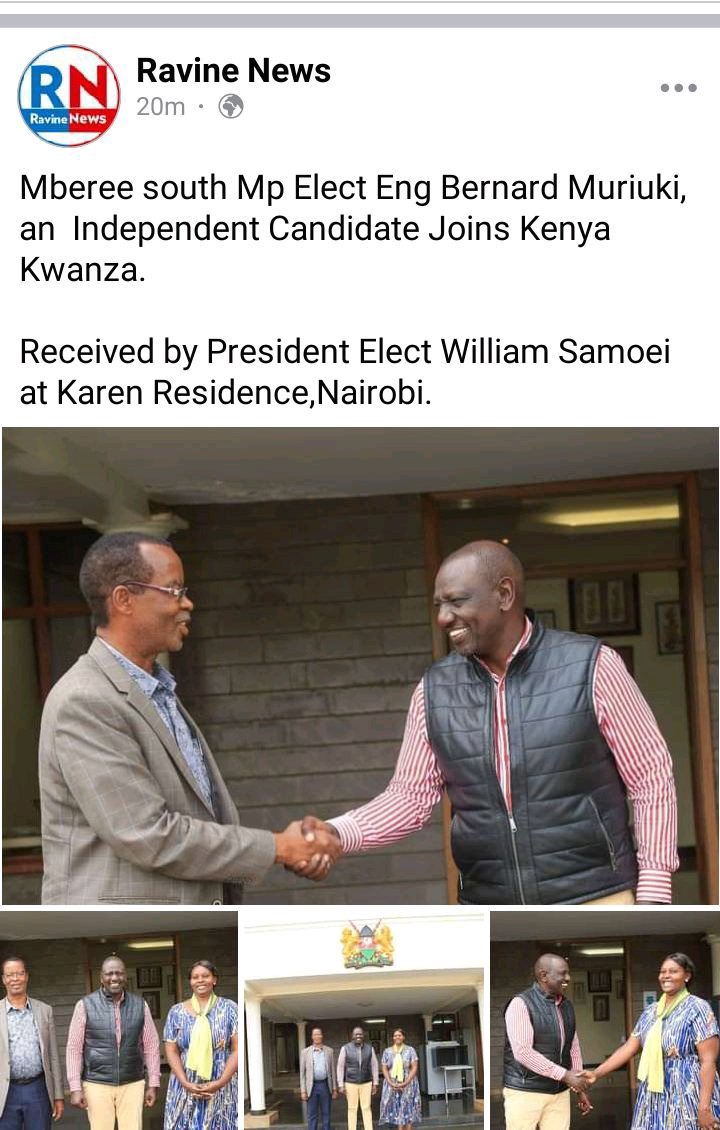 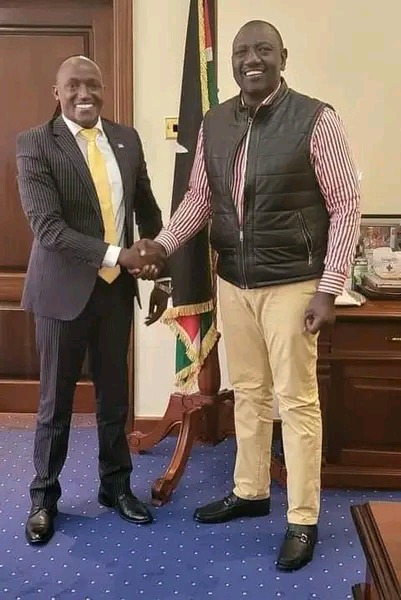 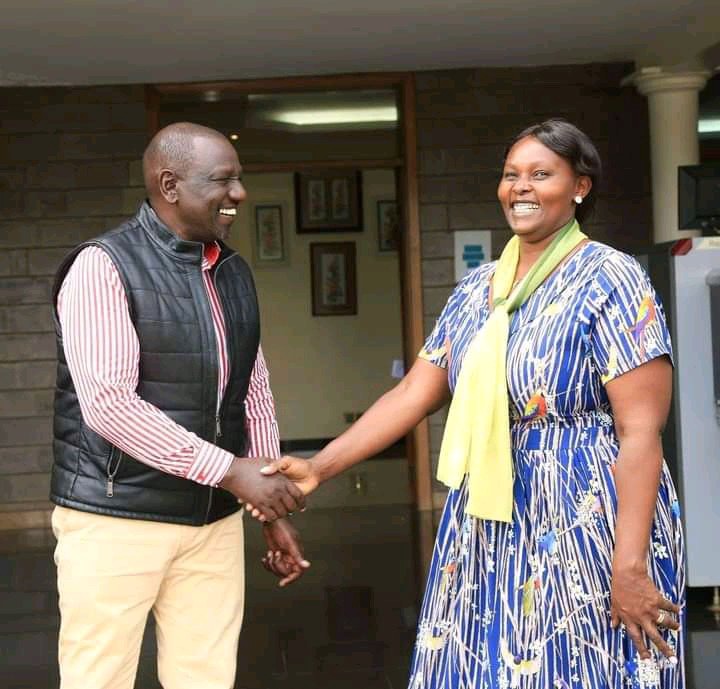 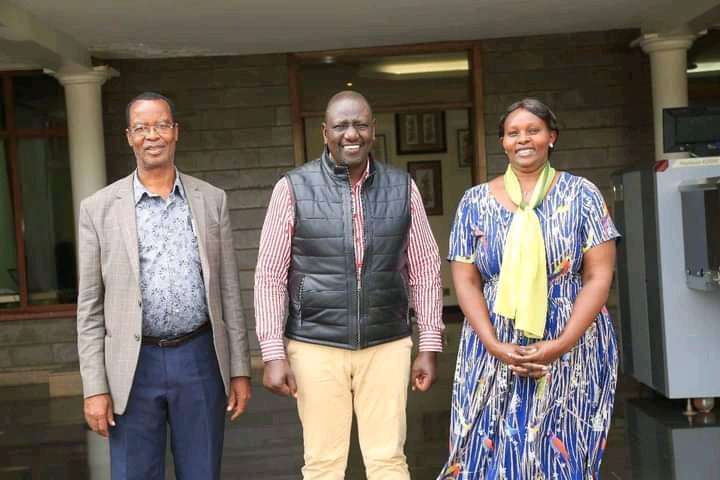 My Wife Almost Poisoned Me And Rejoiced My Accident, She Wished Me Death For This Reason: Man Shares