In the event that the Supreme Court orders a new election, Moses Kuria, a member of parliament from Gatundu, is here to discuss what is likely to occur.

The Azimio, La Umoja One Kenyan challenged the results that were announced by the chairman of the Independent Electoral and Boundaries Commission, Wafula Chebukati, naming William Ruto the president-elect. They asserted that the results were illegitimate and that they would appeal to the Supreme Court.

In response to this, Kuria has provided his forecasts for what would occur if a call for new elections is issued. He stated that both the votes of Azimio flag bearer Raila Odinga and that of William Ruto are highly susceptible to change.

According to him, in the instance of Odinga, the 850,000 votes he received from Mt. Kenya can be dramatically decreased if voter turnout decreases. Kuria went on to add that other North Eastern regions can now switch to William Ruto for fear of losing their government status.

Suppose, on a genuinely frigid day, there was a repeat election: Raila received 850 thousand votes in the ten Mount Kenya Counties. These individuals loathe being absent from their enterprises due to politics. As cited by Kuria, expect none of them to vote for Raila again.

Kuria said that Ruto could get 10 million more votes than Odinga, who might only get 4 million votes.

The following is an overview of Kuria's prediction. 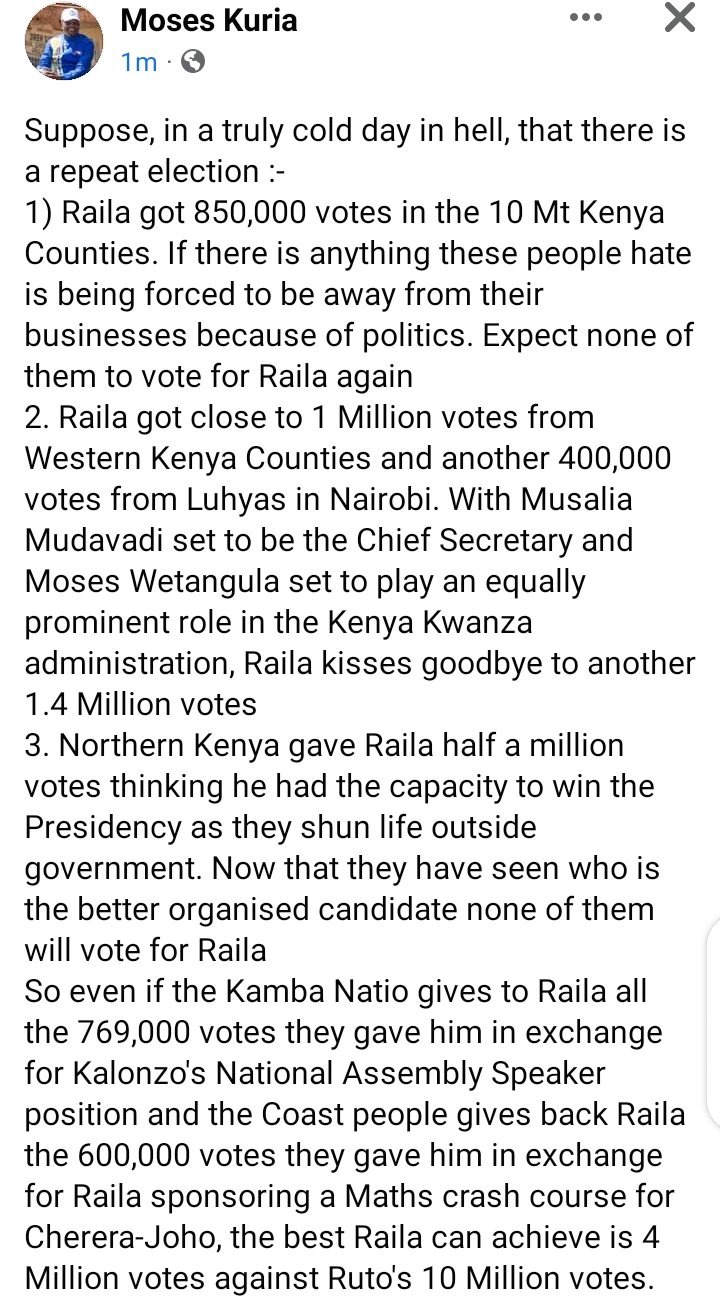 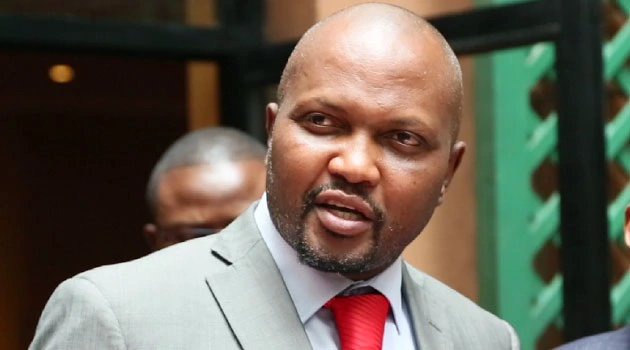