Several women from Kilifi have called upon President Uhuru Kenyatta wanting him to return the already lifted Curfew on claims that they are yet to see their husbands who allegedly went missing or rather, disappeared after Mashujaa day.

According to the reports given by several women, they claimed that they are yet to see their husbands who allegedly went missing immediately after President Uhuru Kenyatta lifted Curfew. For most of them, they said that they're now worried as to whether their men are just enjoying themselves or are gone for good.

I have not seen my husband after the Curfew was lifted. It's so unfortunate that I don't know where he is and in as much as I love and care about him, I don't know whether or not he is just enjoying himself or has gone missing for me to be concerned. It's not only me, you can go ahead and ask all the other women from this region. All our men do is chew Miraa and sleep outside. We honestly need president Uhuru Kenyatta to return Curfew", one of them said.

However, according to the reports given by other women, they called upon women who are now complaining due to their husbands mistakes to make sure they talk to them claiming that their husbands were the ones who are at fault.

According to the reports given by these women, they claimed that a cheating husband was always going to cheat whether or not the Curfew is put back in place and for this reason, they urged them to sit and have a talk with their men. 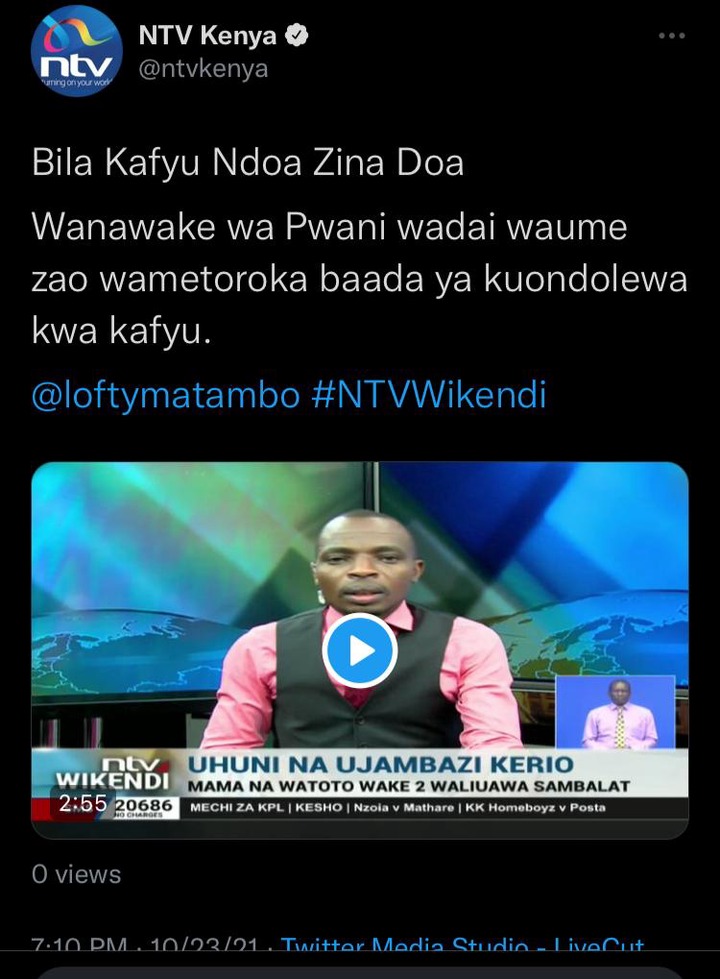 Do You Know Her? If You See Her Report To Her Parents Concerning The Following