What Is The Most Brutal Truth About Saddam Hussein's Beliefs?

By JobWon (self media writer) | 3 months ago

Saddam Hussein was a ba'athist. The goal was to enlighten the Arab population, modernise the society, economy and technology, and unify the Arab countries. To achieve this would require Secularism in matters of religion, nationalism over any other identity, and socialism to achieve development. 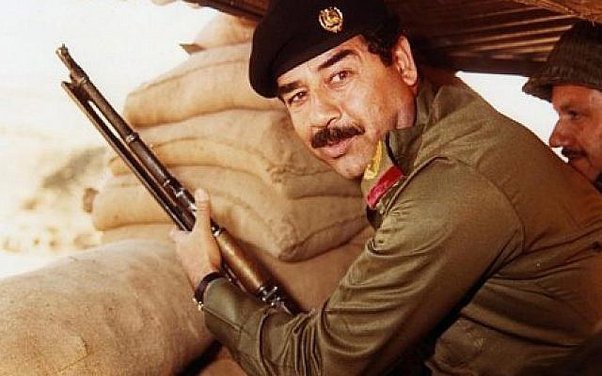 However, Saddam was interested in power above all else. He was intelligent, but not intellectual. Saddam was probably not the sort of person that Michel Aflaq and the other founders of the Ba'ath ideology would have wanted. They were sophisticated, well-educated intellectuals who cared about ideals.

Saddam was a gangster willing to kill to get his own way. He was willing to sabotage Arab unity if it meant losing power. He was also willing (in his final years) to weaken Secularism if he thought he could benefit from religious support.

Unlike the founders of the movement, Saddam was from a humble background. His early years growing up poor in small town Tikrit hardened him. Saddam was a ruthless man who got to the top by determination, brutality and connections. Hardly the “enlightened” leader they envisaged. A military coup in which his uncle came to power put Saddam within reach of government.

Saddam's crimes are well known. Using poison gas to murder the Kurds was one. Ordering political executions was another. His decision to invade Iran resulted in a war that cost a million lives and wrecked both countries, to no gain.

He believed he was Iraq's saviour. He gave long speeches to the people. He quoted ancient poetry. He rebuilt the ruins of ancient monuments. And he wrote a novel called zabiba and the king, which is available in English translation. It is about a king who saves a princess. It becomes clear that the princess is none other than Iraq herself.

Nonetheless, some of his reforms were aimed at the good. He introduced surnames for the Iraqi people which swept away the social, class divisions that were evident in people's names before that. He introduced universal education and won an award from unesco for eradicating illiteracy.

Ultimately though Saddam's brutality, overconfidence and miscalculations cost his country extremely heavily, and cost him his life. Had he not invaded Iran in 1979, he might have gone down a lot more favourably in history and perhaps all the subsequent disasters would have been avoided. Without that war, there would have been no attack on Kuwait, no first Gulf war, and therefore no invasion of Iraq in 2003. No ISIS in Iraq either.

In his later years he even had a copy of the Quran made with his own blood used as ink… an act which is arguably sacrilege, but which he no doubt intended as a sign of his newfound sincerity. Although this unconventional act shocked many. 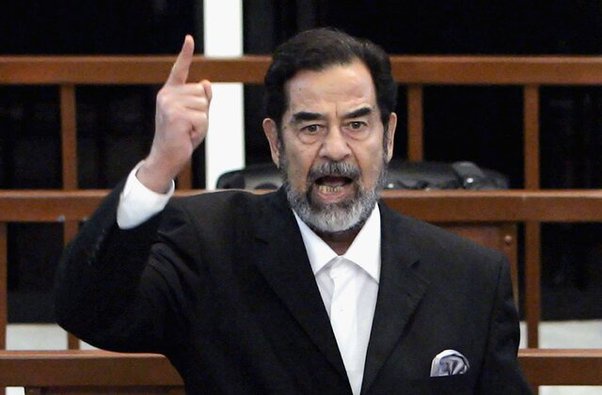 Saddam believed he was right until the last. His trial showed his defiance in the face of certain death. He went to the hangman still calling out “down with the invaders”. In his last moments before death he recited the Islamic declaration “There is no god but God. And Muhammad is the prophet of God.”

He was about halfway through the second recitation of this phrase when the trap door swung open underneath him and he dropped. The rope broke his neck in the fall; he was pronounced dead shortly after and his body was placed in a coffin.

Saddam had not lived as a pious Muslim (far from it), but at his end facing death he turned to religion, as people do in times of stress. If the Quran is to be taken literally he must have hoped God would forgive his sins: he knew he had committed many. But perhaps he convinced himself it was all for Iraq.

Perhaps the most brutal truth of all though, is that despite Saddam's death in 2006, for the people of Iraq the nightmare was far from over. Over 200,000 civilians and 80,000 combatants would die violently in Iraq between 2003 and the present - and those are just the documented cases. The hell unleashed by Saddam and America together in Iraq is the greatest tragedy of my lifetime. Somehow despite being thousands of miles away, what went on there made a big impression on me. The news reports of the fighting, the endless destruction. The revelation about what went on at Camp X ray, Guantanamo Bay, Abu Ghraib and other US prisons. It has stuck in my mind.

RIP for the victims of so much suffering. I only hope there is a better future for Iraq. God knows that country deserves it, after all they've been through.