By ChrisChebi (self meida writer) | 1 months

MP Alice Wahome was asked to simplify the bottom-up model for Kenyans to understand and her fumbled explanation left many laughing.

Many said Tanga Tanga politicians do not understand what the approach is about Earlier, ODM secretary-general Edwin Sifuna slammed Ruto's allies for failing to explain the controversial model.Ruto and his allies have been in the spotlight in the recent past after their political rivals started demanding a simplified explanation of the economic model which the DP has been saying will benefit Kenyans from the grassroots. While in an interview with Citizen TV, Wahome was asked to simplify the bottom-up model for Kenyans to understand and her fumbled explanation left many tickled. "Umh...by working from the bottom-down; yeah, eer, from top to bottom," she said leaving the TV host even more confused.

Many Kenyans took to their social media platforms to call out the Tanga Tanga lawmaker for confusing Kenyans on the already controversial economic model. ODM secretary-general Edwin Sifuna said: "Okay, the bottom brains in tangatanga took up the challenge to explain #BottomUpus!" he said. Wambui said: "Alice Wahome just said bottom-up is by working from the bottom-down-up-to-bottom-top-to-down! And that is in simplified terms! I'm feeling dizzy!"

Daisy wrote: "After Kimani Ichungwa failed to explain the bottom up, Alice Wahome does it again. Don't be treated to semantics."

Sifuna slams Tanga Tanga Earlier today, Wednesday, July 28, before Wahome went on TV, Sifuna called out Deputy President William Ruto's loyalists for failing to adequately explain the bottom-up economic model. Taking to his social media platforms, Sifuna said though Ruto's faction has bright minds such as Kikuyu MP Kimani Ichung'wa, Kericho Senator Aaron Cheruiyot, his Elgeyo Marakwet counterpart Kipchumba Murkomen and economist David Ndii, none of them could satisfactorily elaborate the bottom-up approach. "All these top brains in Tanga Tanga have been unable to explain this bottom-up thing. Maybe their bottom brains should give it a try," he said. 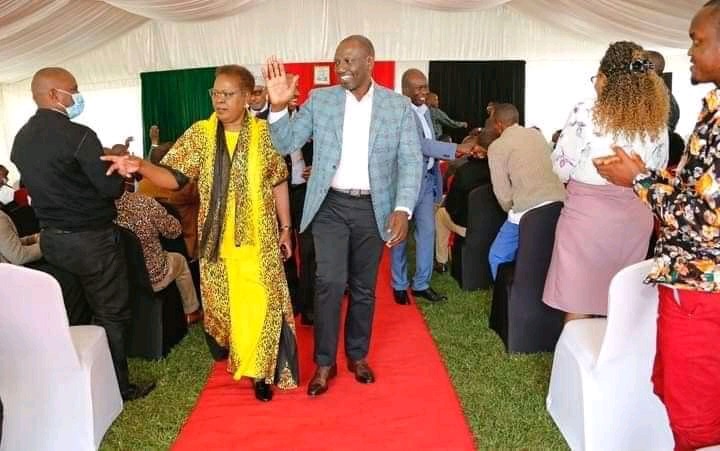 Content created and supplied by: ChrisChebi (via Opera News )