By TheAnalyzer (self media writer) | 7 months ago 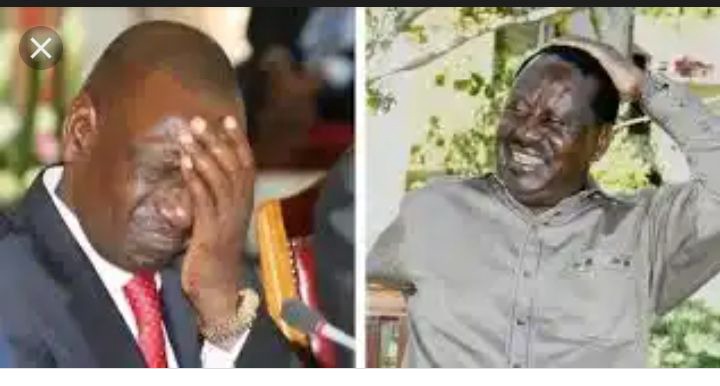 As Kenyans are preparing for the next general elections, politicians have come out campaigning for their various elective political positions as MCAs, MPs, Women Reps, Senators and Governors.

The presidential race on the other hand is not left behind as the former prime minister Raila Amollo Odinga and Deputy President William Samoei Ruto are seen as the top contenders for the forthcoming presidency race. This is due to the fact that they have made inroads for their political parties in many parts of the country Kenya making them more popular than other presidential aspirants. 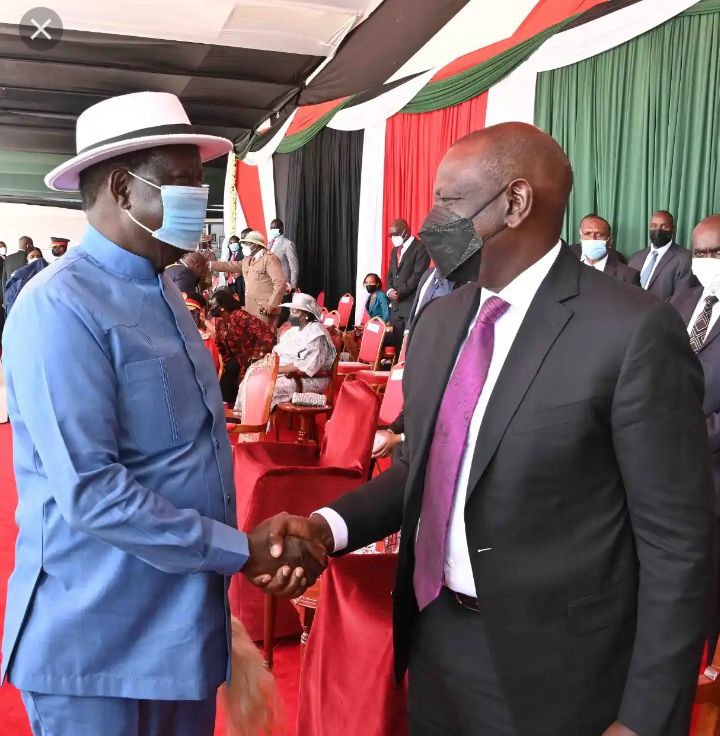 Other presidential aspirants who are also warming up to receive the presidency baton from President Kenyatta who is soon exiting the presidency office upon the completion of his two-terms are: the ANC party leader Musalia Mudavadi, the Wiper Democratic party leader Kalonzo Musyoka, Ford Kenya party leader Moses Wetangula and the Speaker of the National Assembly Justine Muturi among others. 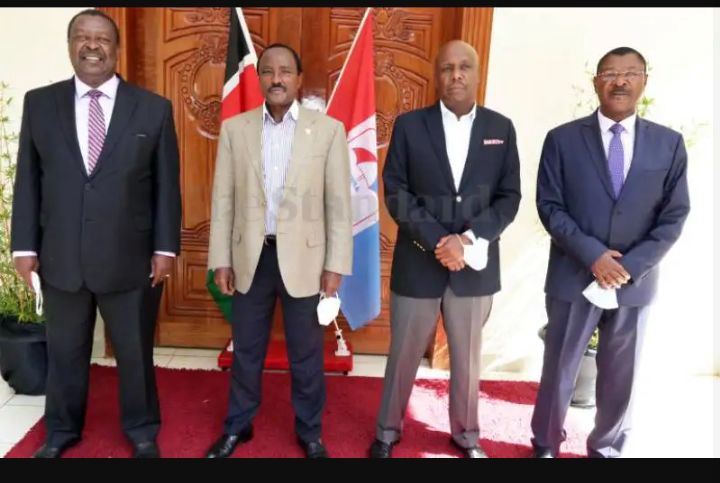 In many presidential opinion polls that have been conducted through different media platforms, DP Ruto have been seen taking lead against his close contestant Honorable Raila Amollo Odinga.

This was seen contrary to what was seen in the latest opinion poll that was conducted by the Infotrak that placed Odinga ahead of DP Ruto. 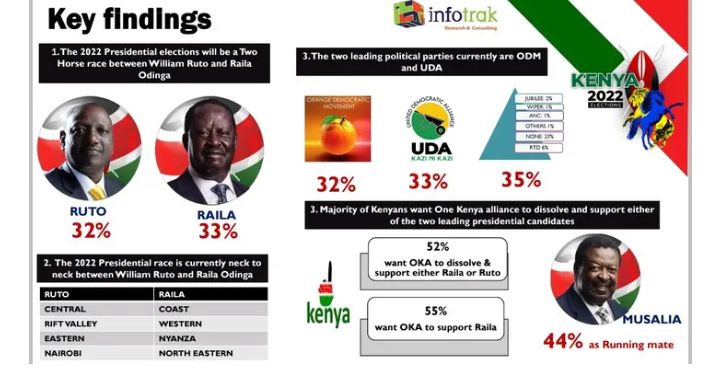 What is your opinion on this opinion poll?