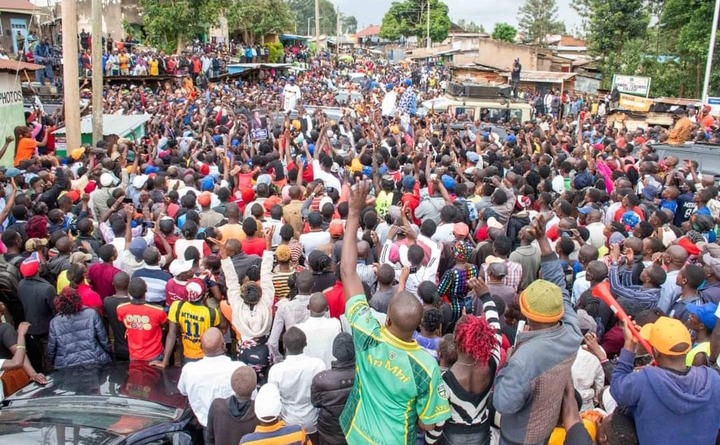 Election telescopes are orbiting between Azimio la Umoja One Kenya presidential flag bearer Raila Odinga and the self-proclaimed Chief hustler Campaigner William Ruto, who have been declared as the frontrunners in their courtesy of Political statues

Politics has indeed taken shapes in the country with with numerous opinion polls being conducted to allege which presidential competitor stand at a higher chance of winning august polls.

In the lastest Opinion poll m published by Star from Western Kenya, it has shown that Raila Odinga still remains the most popular presidential candidate in western Kenya despite the Huge support William Ruto has received from the region. 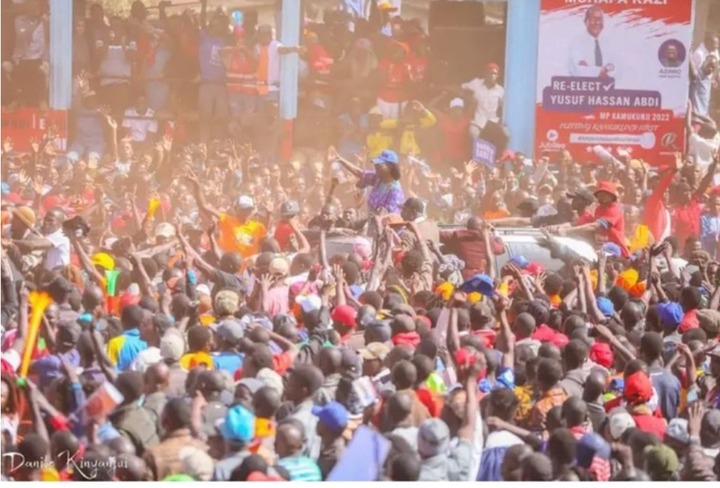 This happen few months after OKA unceremoniously divorced during ANC National Delegate Conference held at Bomas of Kenya after Musalia and Wetangula betrayed their fellow counterparts by Prouncing to work with Ruto. Since that time the named political duos have been campaigning against Raila in the region, neutralizing his popularity as they rally behind Ruto's presidency 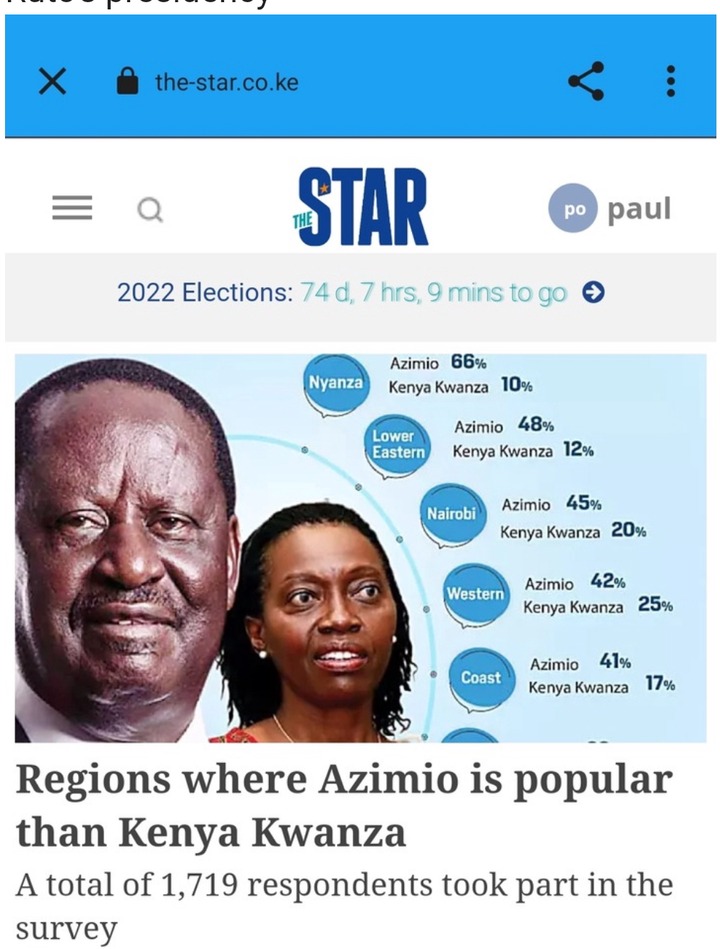 A comparative analysis was done where members were ask to elect their preferred presidential candidate if elections were held today. Out of 1719 respondents who actively participated in the online poll, 42% voted for Azimio la Umoja while the remaining 25% voted for Ruto's Kenya Kwanza Alliance. This is a clear indication that Mudavadi, Wetangula and other political affilates supporting Ruto's bid have failed to market him in western. The worrying message is ,with only 74 days remaining to elections will they deliver the required 70% from Western Kenya to be given the 30% share of the government? Feel free to share your views and suggestions in the comment section below.

REVEALED: Reason Why ODM Governor From Western Has Been Missing Out In Raila's Recent Rallies

Opinion Polls Done By Infotrack Shows Who is Popular in Nairobi

Wetangula Clears The Air On His Involvement in Election Rigging Saga