By Vidcom (self media writer) | 3 months ago

The race to the August 9 general election will see many leaders and political strategist shift their support from one party to the other due to difference interest or ideologies. There are many leaders currently who are taking an exodus into other parties which seem to have gunnered greater influence in the country. 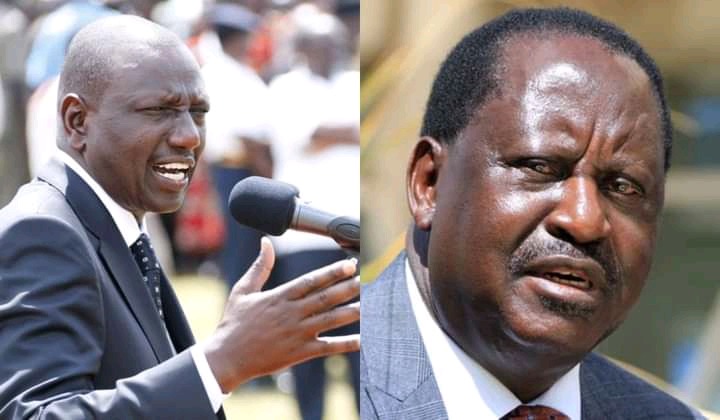 Today, the Deputy President William Samoei Ruto appointed citizen television former News anchor Hussein Mohammed as the Head of Communications ahead of his Political campaign. He officially welcomed him to UDA where he was received by several UDA allied leaders including MPs and governors. 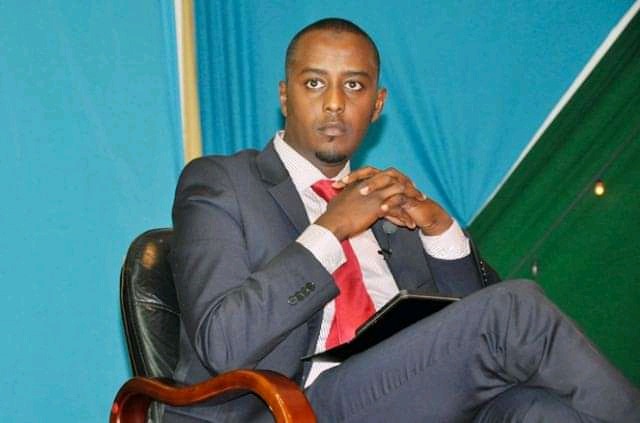 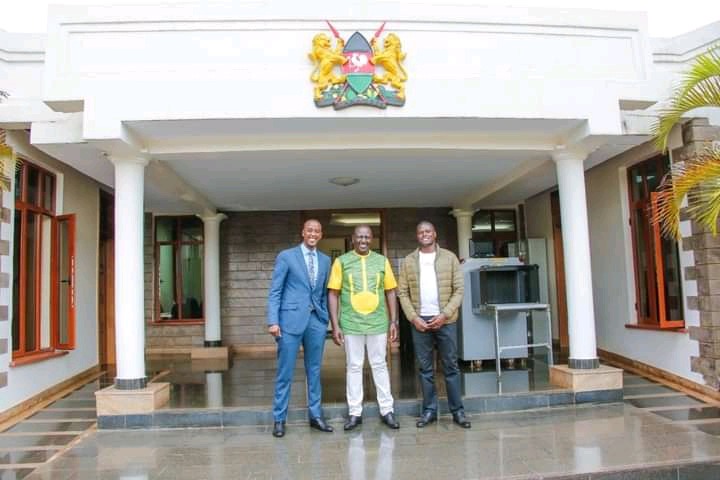 In the evening, the famous political strategist and communications personnel of the United Democratic Alliance who is also DP Ruto's Close ally Dennis Itumbi broke silence about Hussein's Appointment. Taking to his Twitter account, Itumbi said that he congratulates Hussein for making his mind about joining UDA. He said that he is not limited to choosing whom to work with. 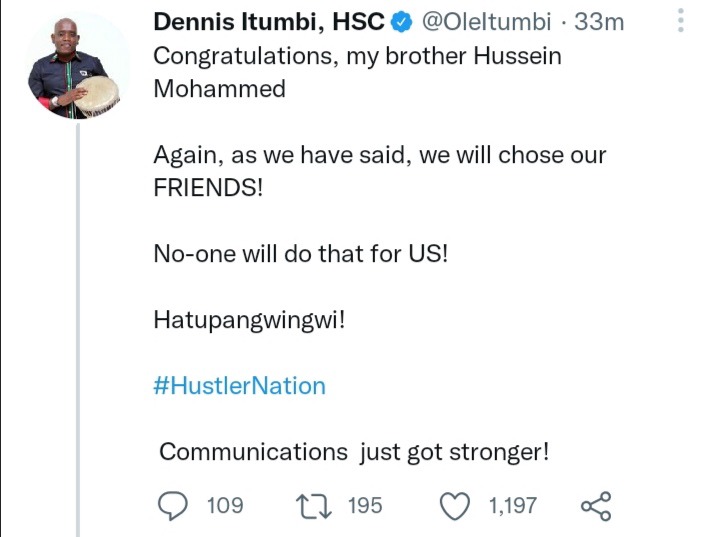 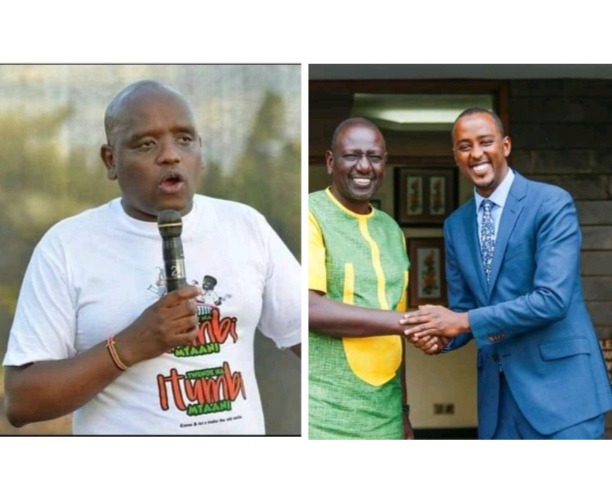 Raila presents 2,000 signatures from his supporters to IEBC at the Bomas of Kenya. (Pictures)