"These Security Teams Will Not Relent But Rather Step Up Vigilance And Patrol," Says Matiangi

By Meccabite (self media writer) | 1 year ago 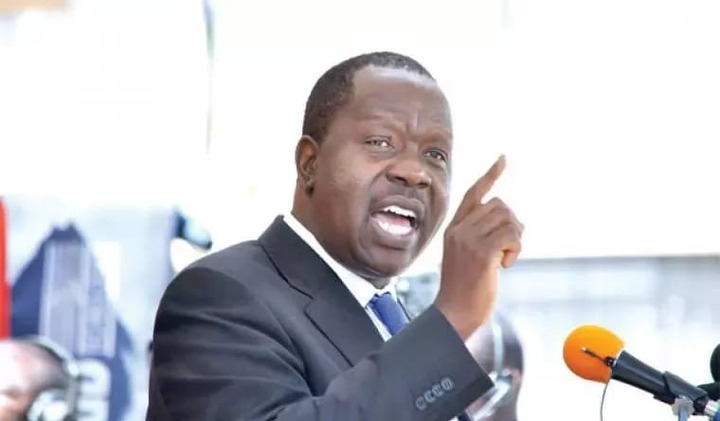 The curfew was imposed on January 25 to complement efforts to end bandit attacks. It was said that Security agents also sought to recover illegal weapons from bandits who, according to the government, are facilitated by a section of the region’s leaders to incite violence.

During the curfew period, the government invoked the Public Order Act and banned public gatherings, processions or movement of persons, either alone or as a group, in Turkana East, Tiaty East and Tiaty West sub-counties in Baringo County.At the time, CS Matiang’i said the government had resolved to end the challenge in Kapedo that manifests itself as cattle rustling yet it is a criminal activity sometimes funded by local leaders.

special operation in the area led to the recovery of 53 firearms from illegal holders, and brought rampant cases of cattle rustling, banditry and lawlessness under control.

Additionally, learning has resumed in the area with Standard Eight pupils starting their KCPE exams on Monday. The minister attributed the success of the operation to the National Police Service as well as peace support initiatives by the county governments of Turkana, West Pokot, Baringo and Samburu.

Interior Cabinet Secretary Fred Matiang’i on Monday lifted the 30-day 6pm to 6am curfew imposed on Kapedo following what he terms as successful restoration of peace and relative normalcy in the area.

A special operation in the area led to the recovery of 53 firearms from illegal holders, and brought rampant cases of cattle rustling, banditry and lawlessness under control.

He said the government’s 10pm to 4am curfew, that is being observed countrywide, as a measure to curb the spread of Covid-19, will remain. Roadblocks will also be retained amid humanitarian assistance facilitated by security officers to ensure the targeted beneficiaries are reached.

“These security teams will not relent but rather step up vigilance and patrols to ensure the security situation does not slip back. In this regard, therefore, we shall maintain strong operational patrols within the area,” said CS Matiang’i.

He warned that the government will re-impose the curfew should tensions escalate.

Content created and supplied by: Meccabite (via Opera News )