"For Immediate Release" Muthama Addresses Concerns He Might Leave UDA 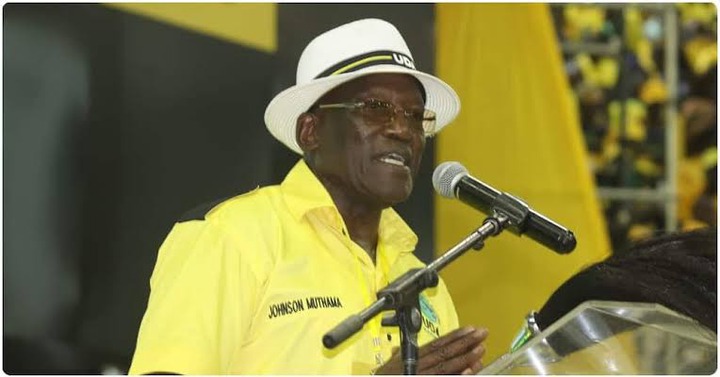 Former Machakos Senator Johnston Muthama has reacted to claims he is resigning from the position of chairman at the United Democratic Alliance, UDA and ditching the outfit for another one ahead of the August elections.

The Machakos gubernatorial candidate disputed the claims he was quitting the party noting that the allegations were constructs of his competitors in the other factions trying to gain political points.

The UDA Chairman added that he is proud and content being at the helm of UDA which he says is the largest party in Kenya.

"I, Johnson Nduya Muthama am going nowhere. I am still the chairman of UDA Kenya, the biggest and most vibrant political party in Kenya. That is the inexorable truth. I have and will remain faithful, focused and true to UDA Kenya's cause until we form the next government under Dr William Ruto," read the statement posted on Muthama's official Twitter handle on Monday, May 30. 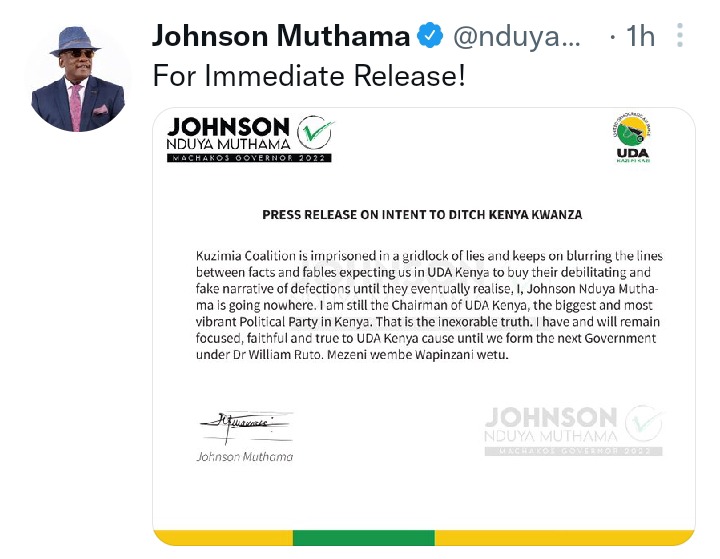 Speculations had risen about a wave of defections from UDA after the Deputy Chairman Mr Kipruto Arap Kirwa exited the outfit yesterday and joined the Azimio La Umoja One Kenya coalition. He cited the lack of democracy in the party as the reason behind his fallout with Deputy President William Ruto singling out Rigathi Gachagua's presence as the DP's running mate.

Muthama joined Ruto after a disagreement with his former Party leader Kalonzo Musyoka in Wiper. He is one of the founders of the UDA party which, according to opinion polls, is the most popular in Kenya followed by ODM.

Read the statement below: 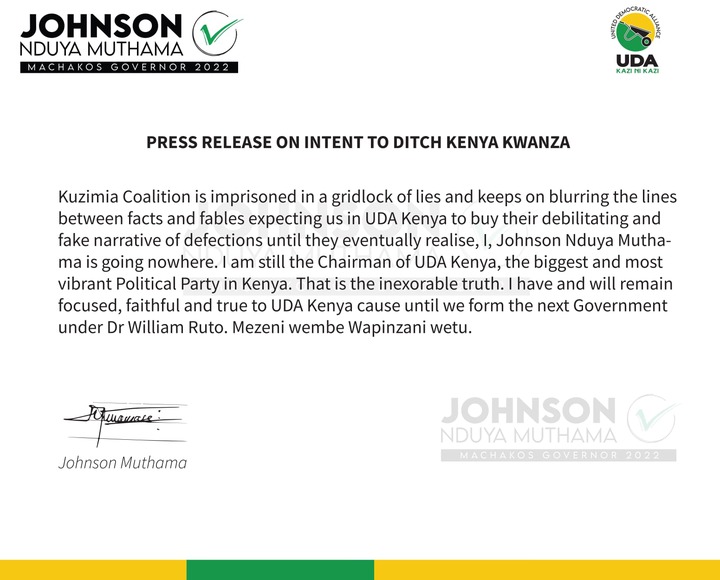