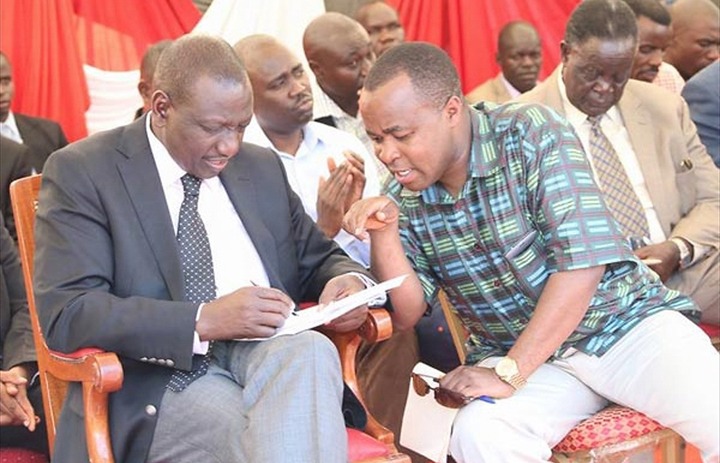 Kiminini Member of parliament Hon Chris Wamalwa took to His Facebook page to inform Kenyans about His new developments including the acquisition of a new foreign Citizenship, that has been a rare occurrence at this time when many developed Countries closed their borders due to an increase in the Covid-19 cases.

Hon Wamalwa says that He is very thankful since He got the rare opportunity to be awarded with the Citizenship in Nebraska, a Country in Europe, by their State Secretary Hon. Robert Even at Linkoln City.

In one of the photos, Wamalwa is Seen standing together with the government Official, who was holding some paperwork and chatting Him for the photoshop session. He also took a quick snap with more than 10 Kenyans who who had availed themselves to meet Him in His tour. 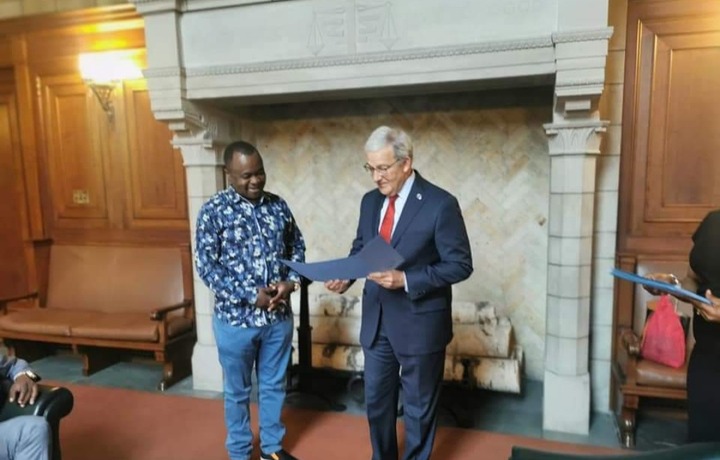 The lawmaker also revealed that He had held talks with the Nation's leadership concerning matters of Agriculture, and the possible sharing of technology, expansion of Markets for crops between the two Countries and even other mutual dependability that will will see the sector grow quickly.

He however did not waste the chance to meet with the Kenyans who are in abroad, where they had a good conversation on How they could develop Transzoia County and Kenya as a Country, despite the ongoing challanges of poor economy and effects of Covid-19 in the overall performance of the nation. 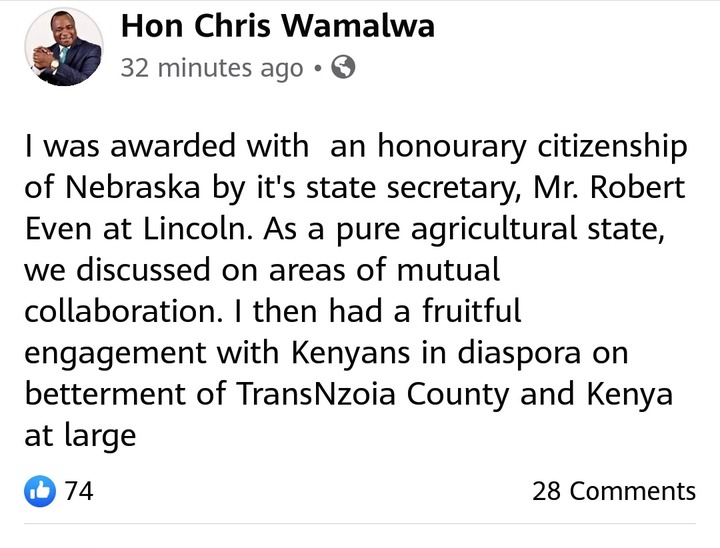 Wamalwa had been sent by Deputy president William Ruto in Nebraska last week, to discuss on How we can improve bilateral trades, and search for Markets for Coffee farmers in Mt Kenya region who have been engaging in Farming activities but with low income and poor Market that generates low income.

The Vocal Mp who is yet to return to the Country, joined Tangatanga faction two weeks ago, where He was given a warm welcome and first assignment of representing Ruto in the talks which are targeted in benefitting Kikuyu Community.

Kenyans living abroad have also been engaged with Ruto's allies on several occasions, including setting up a Hustler Nation Offices in America and England to will see them solve their problems easier and do Campaigns and awareness during the period when the political heat in the Country is High.

Here are reactions from Kenyans : 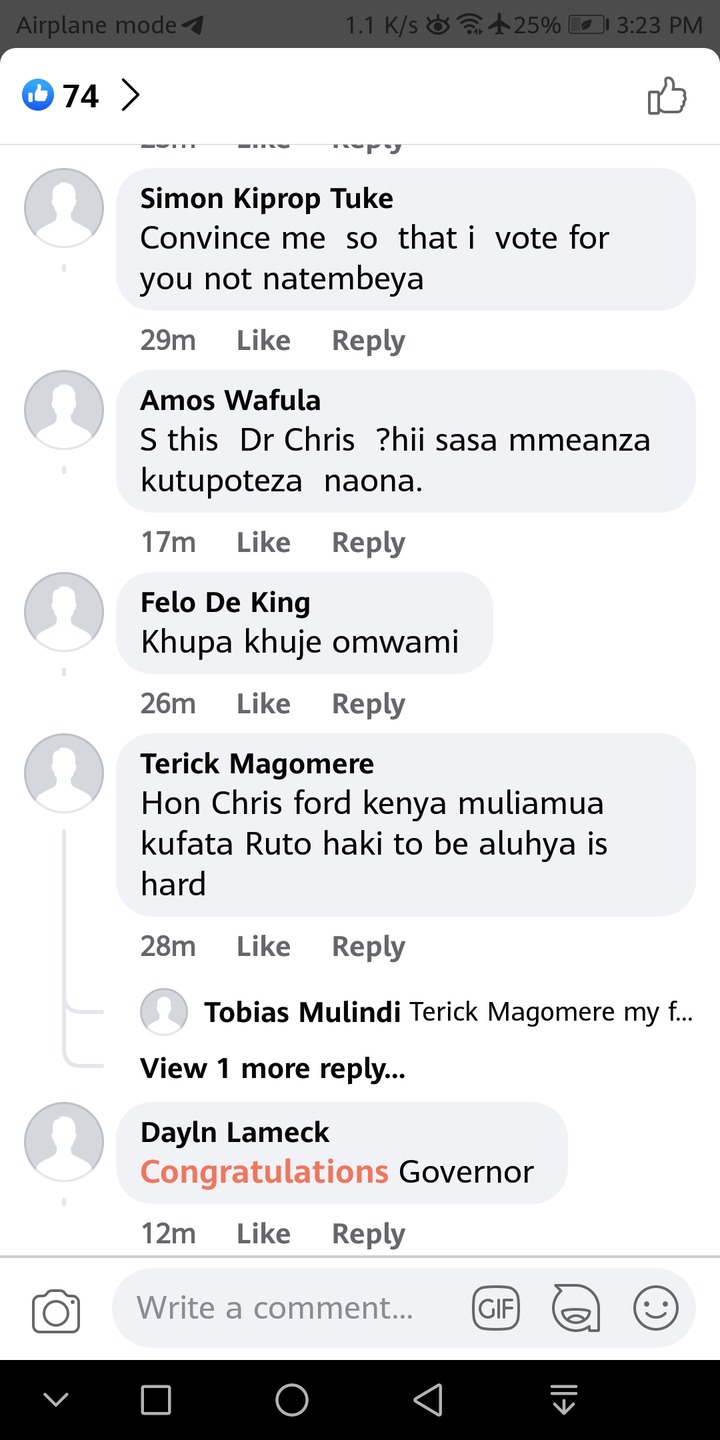 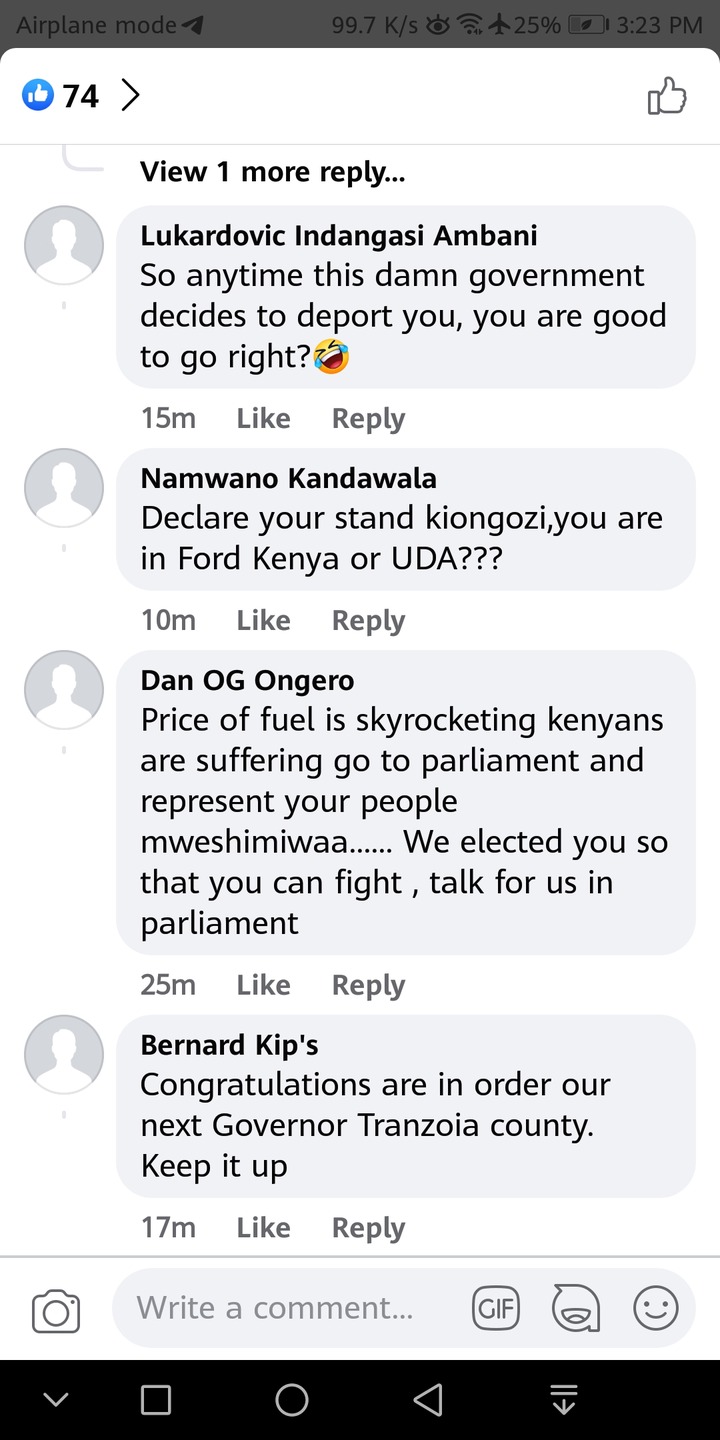