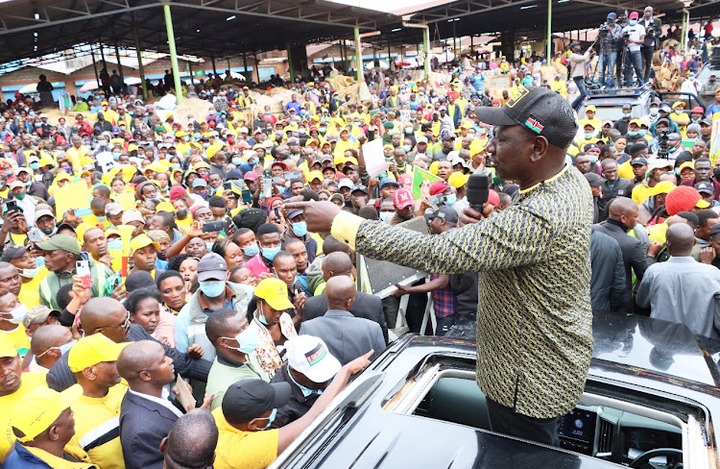 The deputy president of the Republic of Kenya on his two days tour to Nyeri county has finally pleaded with Mathira residents to allow Rigathi help him gather votes. The event was branded all yellow where he even thanked the women in in Kiswahili. The event was organized by the area member of parliament who is a strong supporter of the deputy president.

The bottom up economic model songs filled the air as women sang songs of praises to the deputy president. They praised him calling him the promised saviour who had come to salvage them from the worsening economic status. 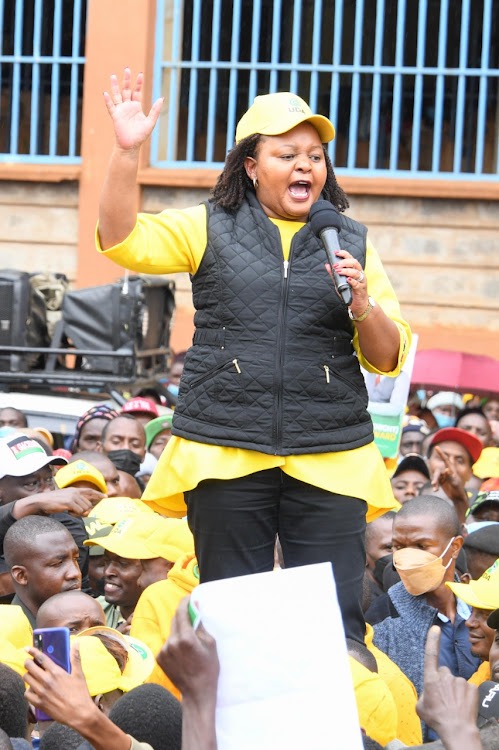 The event was graced by leaders who believe that the future of this country lies in the United democratic alliance party of Kenya. Those who spoke praised the deputy president for standing with Rigathi Gachagua even when he was facing graft charges in courts.

The deputy president requested the residents to allow Rigathi help him strategize his campaign throughout the whole country. It is now clear that we expect to see Rigathi Gachagua on national platforms rallying voters under UDA.