Tinga is my only opponent, OKA are jokers - Ruto now says

By Petertherock (self media writer) | 2 months ago 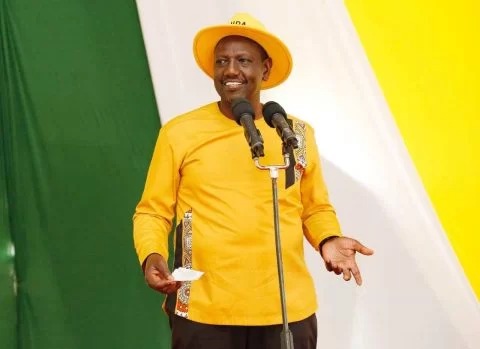 Deputy President William Ruto has said he has immense respect for ODM supremo Raila Odinga for successfully running a national party, saying the former prime minister was his only formidable opponent in the upcoming 2022 general elections.

”Some people are comfortable running village parties yet they want to pretend and pose as national leaders. This is a huge contradiction. You can’t talk about the unity of this nation while running such village parties. I have measured respect for Tinga because at least he tries to keep a national party despite age catching up with him. But these other characters are just jokers running a party for 15 years and getting smaller by the day yet still posing as party leader,” DP Ruto said.

OKA parties have not been on the campaign trail since October 31, when they camped in President Uhuru’s hometown of Thika and later addressed a crowd in Githurai. The rally came just a day after they held roadshows in Kakamega town as the official launch of the alliance’s campaigns after a long break.

Earlier this week, Musalia Mudavadi (ANC), Moses Wetangula (Ford-Kenya), and Cyrus Jirongo (KANU) held a meeting at a Nairobi hotel to discuss the possibility of Wetangula and Jirongo supporting the ANC leader to be the alliance’s flagbearer in 2022.