The event that was filled with pomp and colour held at the luxurious Villa Rosa Kempinski Hotel in Nairobi, saw the former Prime Minister dressed in traditional attire, resembling what his late father Jaramogi Oginga Odinga used to wear.

He received the award for his efforts in championing unity, democracy, and development for his country. Raila's role towards peace, unity and development was the highlight of the event. 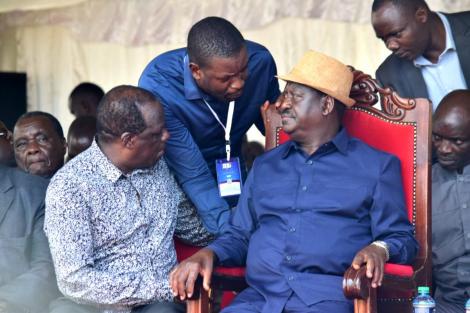 The coveted awarding ceremony was organised by the Hekima Kaka society. The society justifying their reason to fete the ODM leader noted that his historical handshake moment with President Uhuru Kenyatta on March 9, 2018, after the acrimonious 2017 General Election, redefined the scope of Kenya's politics.

Hekima said the event was meant to honour Raila for an outstanding and valuable contribution to democracy, unity and development.

Hekima Kaka Society was founded in 2008 by Agnes Salome, to address the plight of the boy-child and men in Kenya.

Raila on his part appreciated the society for recognising his efforts in championing democracy in the country.

“Thank you for doing this, it takes a lot of time to organise a function like this, I am looking like a king,” he stated.

He hailed the African independent leaders for championing the unity of our continent and founding the Organisation of African Unity (OAU).

"I am a student of Kwame Nkuruma, Julius Nyerere, Milton Obote, Samora Machel, Nelson Mandela among others are the people who inspire me," he added.

Raila throughout his political journey has received numerous accolades. The handshake with Uhuru was so unexpected that it has earned him even more praise on international platforms.

Additionally, he is the African Union High Representative for Infrastructure Development. The job entails overseeing various development projects across the African continent. 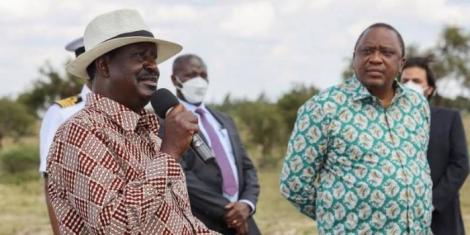