Monday 17th January, was a good day for the former prime minister Raila Odinga after over thirty county bosses endorsed his presidential bid after a consultative meeting in Naivasha, Nakuru county.

The meeting has elicited several reactions with majority now believing he stands the best chance in securing the county's highest office in the coming August 9th general elections.

Taking to his twitter handle, former presidential candidate, professor James Ole Kiyiapi noted that the with the endorsement by the over two-thirds of the governors, the ODM boss could easily win the presidency. 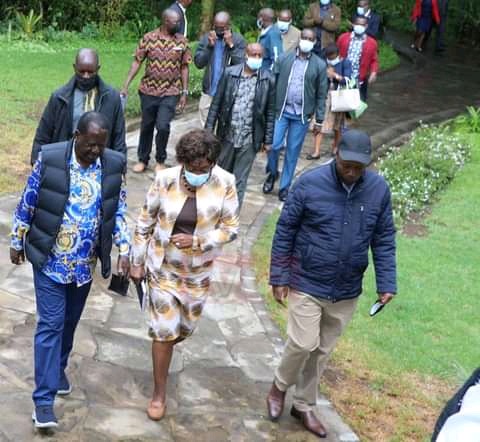 He added that the governors will be very important in Raila's camp since they will help in mobilizing more people to vote for him which will put him far much ahead of the opponents.

Ole Kiyiapi further noted that by Odinga having the thirty governors by his side, the people they represent will have a feeling that they will form part and parcel of Raila's government.

This will be the fifth time the former prime minister will be running for presidency and he has confident that he will succeed president Uhuru Kenyatta. 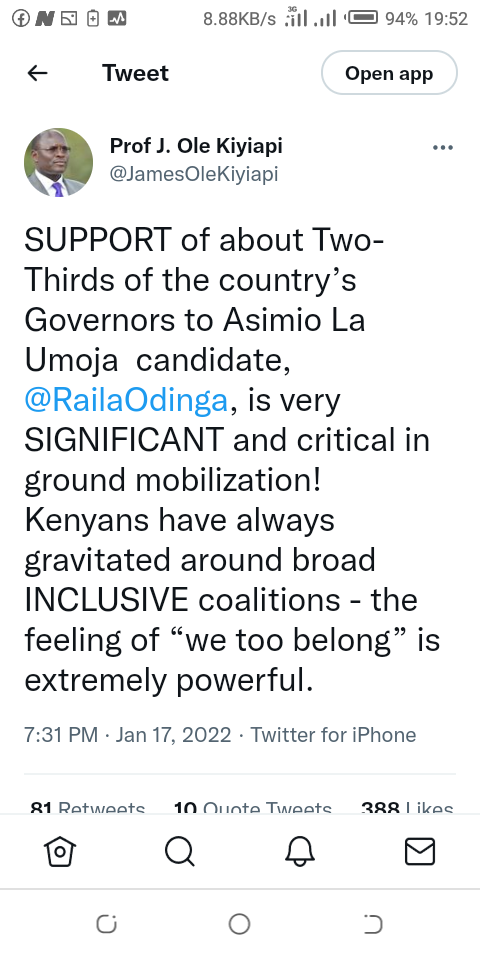 Relief For Form One Parent After Machakos Police Did The Following For Their Son.

A Worrying Scenario In Kenya's Political Scene As The Country Heads To August 9th.(Opinion)