By Emboli (self media writer) | 3 months ago 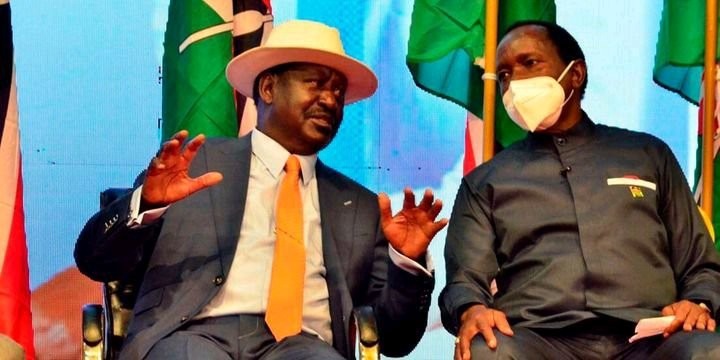 Wiper leader Kalonzo Musyoka is not the Azimio camp's default presidential running mate, and no such agreement existed prior to his admission into the camp, it has now been revealed.

This comes at a time when he has shown confidence in securing the job, with some of his allies also pushing for it and claiming that it was agreed upon.

However, it is becoming clear that there was nothing of the such, and the agreement filed with the Registrar of Political Parties makes no mention of the position or the method for selecting the person.

The Star has learned that the document does not include a power-sharing agreement, despite earlier claims that it said that the three pillars of Azimio, ODM, Jubilee, and Wiper, would each receive a 33 percent stake if they won.

This was confirmed by KANU Secretary of Political Affairs Frederick Okango, who stated that the running mate issue is still being debated and will be determined by the Azimio leadership.

"It was agreed that the subject of running mate would be addressed by the principals, which are President Uhuru Kenyatta, Raila Odinga, Kalonzo Musyoka, and Gideon Moi," he told the daily.

It has also been made known that no Azimio member party can quit the alliance until three months after the election, and those bemoaning and threatening to leave would be forced to stay despite their dislikes in Azimio. 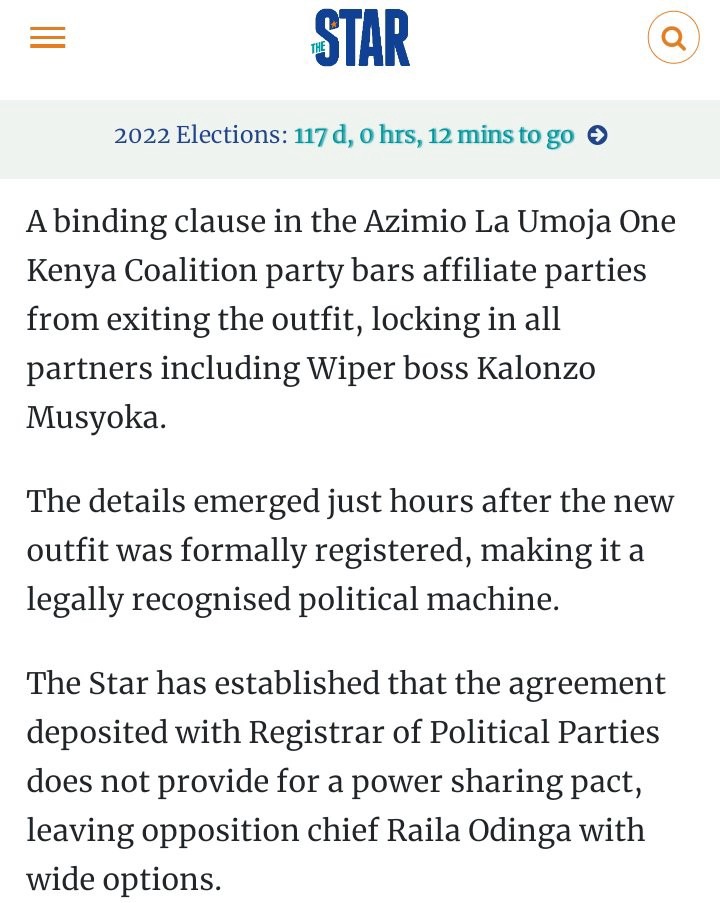 This was confirmed by ODM Secretary General Edwin Sifuna, who stressed that the parties must work together even if there is a run-off election.

"The exit clause specifies that you may only leave the coalition three months after the elections, not six months before," he told the newspaper.

Content created and supplied by: Emboli (via Opera News )

Here's Why You Are Seeing Different Results from Different TV Stations

Provisional Presidential Results As At 08:59 AM Shows A Closing Gap Between Raila And Ruto