By Isaacs (self media writer) | 6 months ago 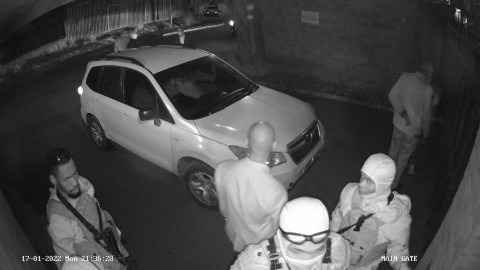 The unknown number of officers arrived at the Kwacha Group of Companies offices at around 9.30pm on Monday.

Sources have revealed that Wanjigi is holed up at the offices together with his son and several staff members.

The motive behind the night raid remains unclear.This comes few hours after the business man and presidential aspirant hinted at supporting Kalonzo Musyokas bid to compete for the country's top seat.

The netizen have reacted to the move through their their social media platform while others condemning the move by DCI to raid the business man offices at night instead of issuing a warrant of arrest.

Jimi WanjigI is an ODM member who has been advocating for a fair nominations and intended to ran for presidency under an ODM ticket.

What's your views on the move by the DCI to raid Wanjigis offices?Give yours views and don't forget to share

Content created and supplied by: Isaacs (via Opera News )