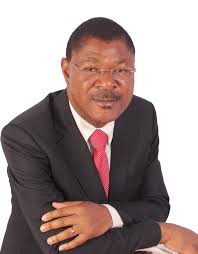 Bungoma residents are asking Ford Kenya party leader and Bungoma senator Moses Wetang’ula to seek One Kenya Alliance (OKA) presidential endorsement saying that he has a vast experience in leadership and should also be given a chance.

Led by Phillip Wekesa an activist for citizen for governance noted that Wetang’ula who one time served as Foreign affair minister from 2008-2010, minister for trade 2012-2013 and now the Ford Kenya party boss is an experienced leader who should concentrate on national politics.

“Wetang’ula is an experienced leader whom we want to seek the OKA presidential endorsement,” he said, adding that the senatorial seat is too small for him and he should play national politics.

Wekesa added that presidency is not only for Deputy President William Ruto and ODM leader Raila Odinga saying that Wetang’ula should also be part of it in seeking presidential candidature. The activist called on Luhya’s to be united, speak one voice and support one person in seeking for the top seat in the country.

“We have seen other leaders from different regions announcing their presidential ambitions but Wetang’ula has kept quiet. He must tell us what he is thinking because we expect him in national politics,” he said.

On Luhya spokes person, Wekesa asked COTU general secretary Francis Atwoli to accept to be Luhya community advisor but not the spokes person.