The mobilization skills shown by the Azimio team lead by designate Deputy President Martha Karua, Agriculture CS Peter Munya and several Azimio politicians in today's rally in Meru County while drumming support for Raila Odinga's presidential bid has taken UDA fanatics by a big surprise dissolving their past claims that the Nark leader is a weak candidate compared to UDA's Rigathi Gachagua. 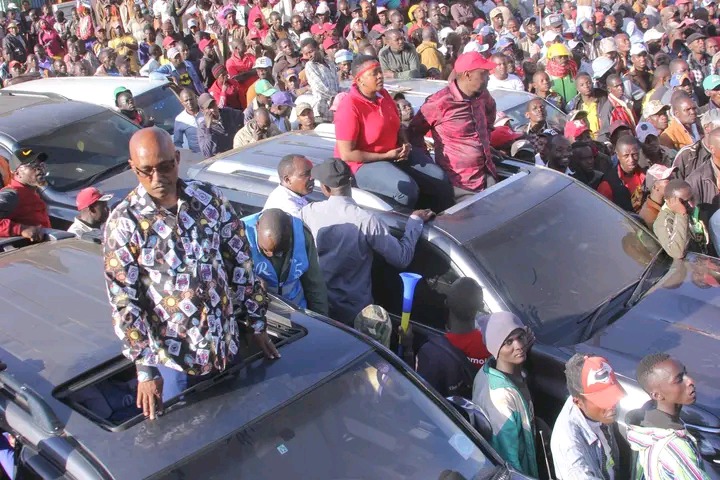 With Karua and Munya on the forefront, the Azimio team got the boost of the vocal Muranga Women Rep Sabina Chege, Jubilee SG Jeremiah Kioni, Kieni Mp Kanini Kega among others as they sold Raila's manifestos, development plans and cajoled the Meru residents to back the Raila-Karua ticket and overwhelmingly vote for Baba in the 9th August General elections. 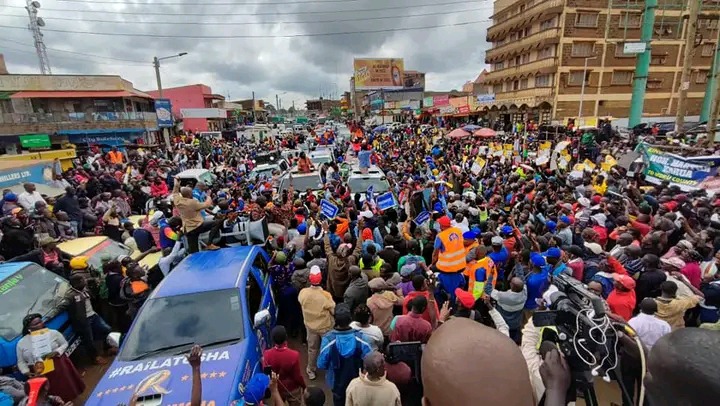 In addition to the powerful campaign speeches, the Azimio footsoldiers stole the show after leading Kenyans in mock chants and dances against their competitors in the Kenya Kwanza team. For instance, Peter Munya's mobilization skills came in handy as she led Kenyans in watering down UDA popularity in the region. 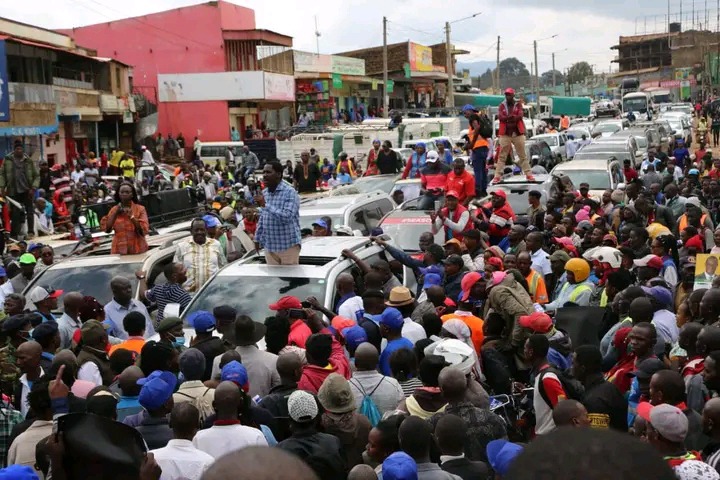 "Waende, waende, waende" Munya led Meru residents in chats against UDA. Surprisingly, many Kenyans responded back with the same chant proving that they had been convinced to throw support behind the ODM leader's statehouse course.

Raila Odinga And Martha Karua Set For A Mega Rally In Kiambu County Today In Seek Of 1.2M Votes.

He Is Already Injuring IEBC Innocence After Knowing He Will Lose:Analyst Attacks Presidency Aspirant

Is He Into Me? Here Are 6 Sure Shot Ways To Know Whether A Guy Really Likes You Or Not

Does My Boyfriend Still Love Me? Sure Shot Ways To Know How Serious He Is About Me

6 Tricks To Ignite Tremendous Attraction For You From A Guy

Just In: Transport Activities Paralyzed Along Nairobi Expressway After A 33-Seater Matatu Overturns