It is clear that the political campaigns in the nation has fully resumed. Leaders have intensified their grassroots campaigns reaching each and every corner of the republic to convince the voters to vote for them in the coming 2022 general election. The two vocal political factions, Orange Democratic Movement (ODM) and the United Democratic Alliance (UDA) held parallel campaigns in Isiolo county and Nyali respectively. Raila and his brigades took their Azimio La Umoja to North Eastern Kenya where they held a high profile meeting with the regional leaders. After the event Odinga took his motorcade to Isiolo town, He attracted a mammoth crowd which joined him in the event to meet Him. His diehards carried placards while others chanted for the reggae music which was played the rally event. He was accompanied by his allies including Hon Junnet Muhammed, Edwin Sifuna, Wycliffe Oparanya, among other leaders. 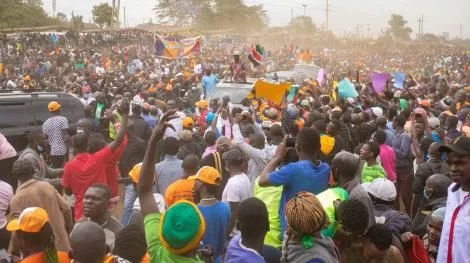 On the other side, the second in command orchestrated his statehouse bid campaigns where He met dozens of hundreds of his supporters to upscale their small scale businesses. Dr Ruto interacted with the Nyali riders and urged them to put in more efforts in their daily work so as to afford a living. He brought jubilation to them after He issued a welfare bus to the sacco at the Hustler's centre. He was accompanied by his longtime diehards including Hon; Muhammed Ali (Nyali), Aden Duale (Garissa), Owen Baya (Kilifi North), Khatib Mwashetani (LungaLunga), Hassan Omar (former Mombasa Senator) among others. After the event he took his convoy to Kongowea market where a mammoth crowd welcomed him. 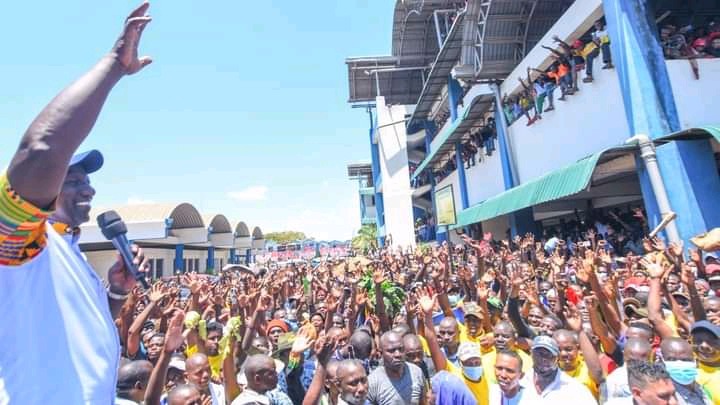 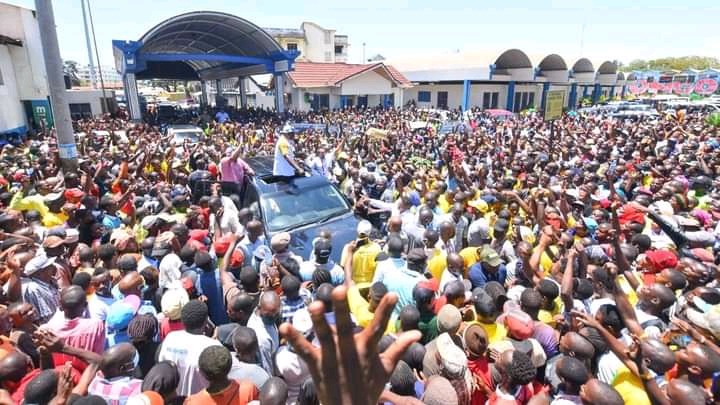 The two leaders requested their diehards to turn out in large numbers to register as the voters so that they can get a chance to participate in the coming elections. Follow my page for more updates and leave your comment. 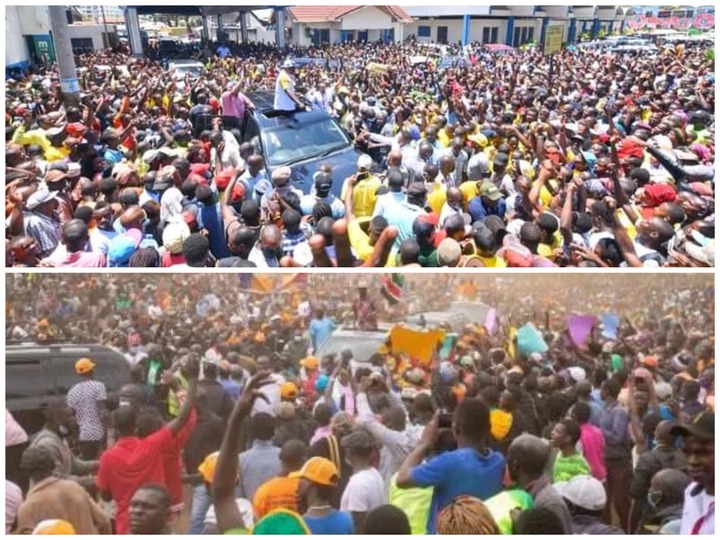