By Coscoline_Ke (self media writer) | 5 months ago

Migori Senator Hon. Ochilo Ayako has trolled embattled Nominated Senator Isaac Mwaura. The two leaders had been hosted at K24 TV on Tuesday night by Debarl Inea. According to Senator Ochilo the former Senator has a history of movies from one Party to another. Ochilo told Mwaura often leaves without making any change. The Senator went ahead to call Isaac Mwaura a political nomad who keep moving from one Party into another. According to Ayako Mwaura is good at Killing parties he always move in. 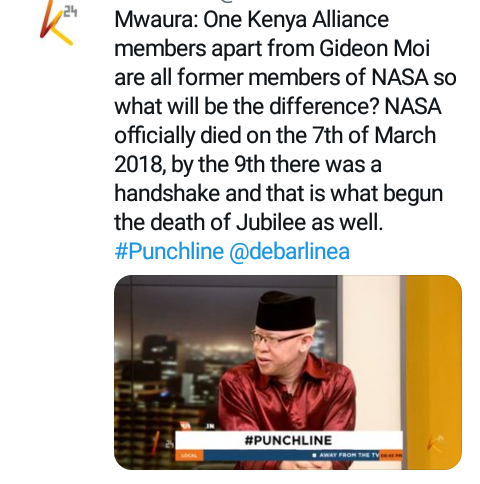 Senator Isaac Mwaura had earlier been nominated by ODM in 2013 before joining Jubilee Party and being nominated again. But Mwaura is no longer in Jubilee and at the moment, he is a vocal member of UDA Party allied to the Deputy President William Ruto. 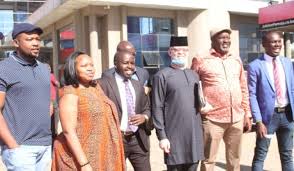 However, Isaac Mwaura Went ahead to call out Ochilo Ayako by terming him as dishonest saying that he was also not in ODM. Mwaura went ahead to defend himself from Ochilo Ayako saying he has been sacrificed for telling the truth.

Content created and supplied by: Coscoline_Ke (via Opera News )

Kalonzo And Gideon Cut Ties With Mudavadi Over Ruto Deal