By Reporter (self media writer) | 1 month ago 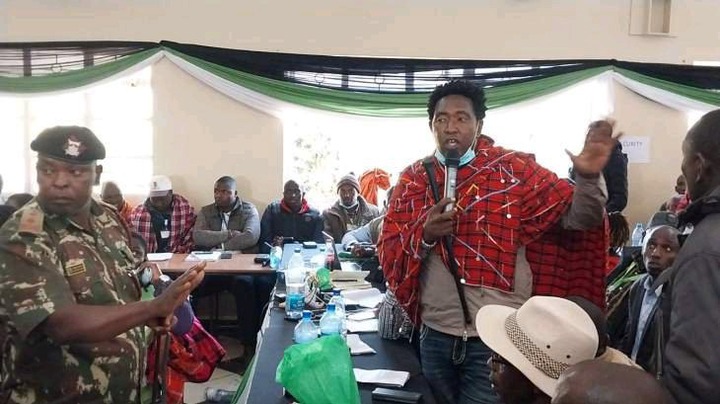 The DRO, while releasing the results for governor candidates, stated that the Kenya Kwanza governor candidate Patrick Ole Ntutu received 404 votes. As it turned out, the number of votes that Patrick Ole Ntutu received was the same number of votes that his opponent Moitalel ole Kenta had obtained.Because Ntutu got 36 votes, the DRO who was declaring the result was compelled to authenticate the result from the carbon paper, and it was found to be accurate. 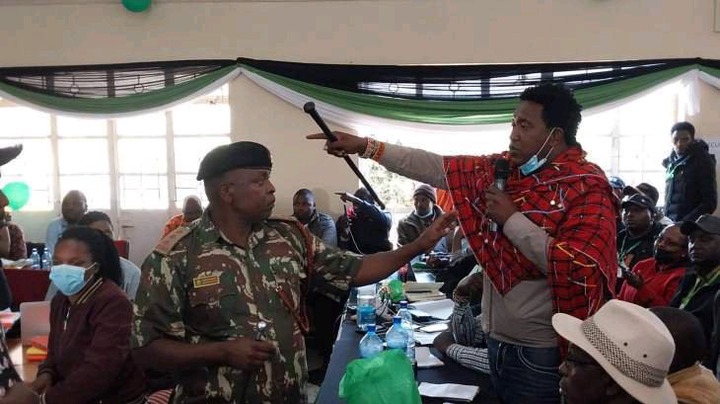 The move was made by agents working for Ole Kenta, who asserted that the results of more than three voting stations had been switched and sought that the DRO review.Senator Ledama Ole Kina of Narok, who was present in the room, made a demand that the counting of votes for the disputed ballot boxes be halted, and that both the agents and the IEBC do additional checks. 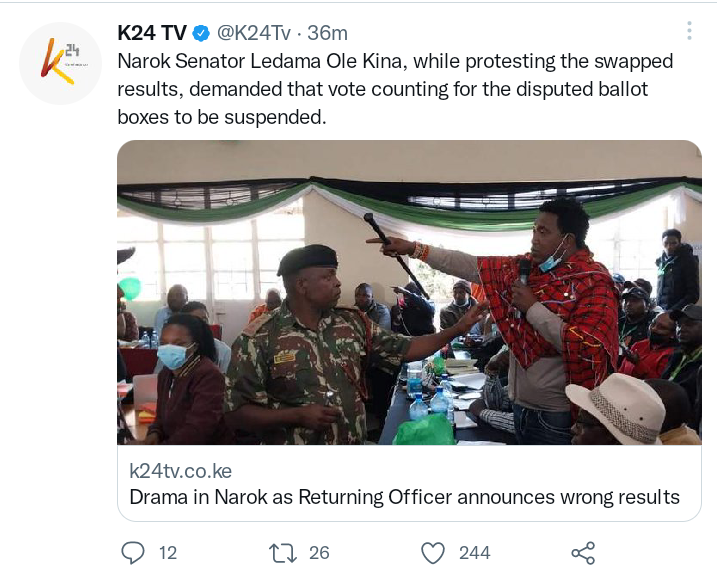 At the Narok North tallying center, police officers were attempting to reassure poll workers in order to keep the peace. Image courtesy of George Sayagie.The uproar compelled the county Returning Officer, Julius Okwetu, to step in and promise an investigation into the discrepancy between the results written on the carbon copy that was placed in the vote box and the one written on the 34A form.