By Leggitwriter (self media writer) | 1 month ago

Former Nairobi governor Mike Mbuvi Sonko has revealed how he plans to award his former party leader Kalonzo Musyoka a position of cabinet secretary in the Kenya Kwanza government. 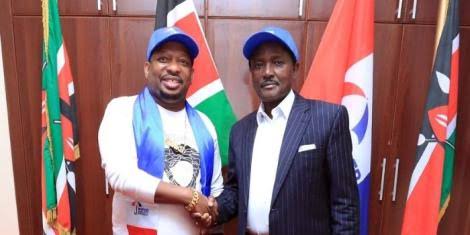 The embattled governor was replying to a tweet from Kivutha Kibwana who said that elections in Makueni were shambolic and not free and fair and that they should have beeb cancelled. Sonko urged him to have some respect to Kalonzo since it is the members of his party that won and he even thinks of replacing his cabinet nominee with the former vice president.

"In MakueniCounty @IEBC elections were COMPROMISED. KibweziWest constituency( 1/6)elections should have been postponed. For eg,initially kiems kits in 106/206 polling stations failed.For more than 6 hrs kits in 84 stations failed before chaotic manual voting which ended abt 1am." Wrote Kivutha Kibwana. 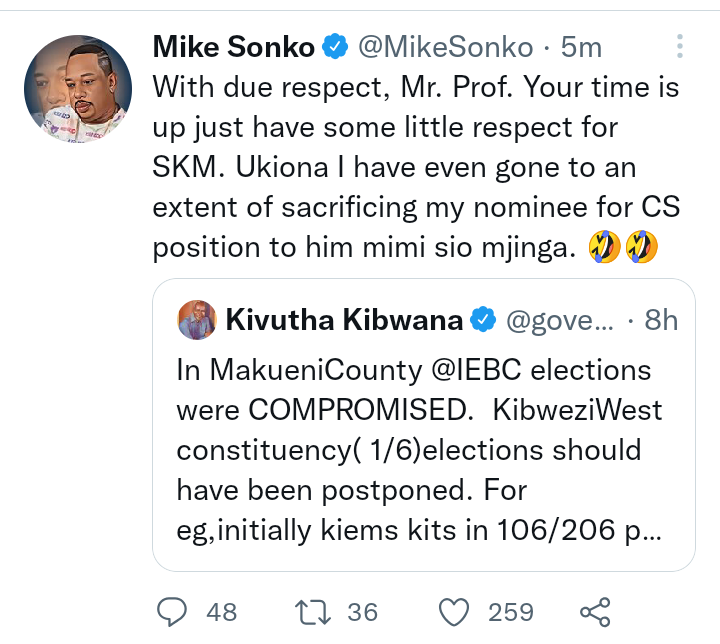 "With due respect, Mr. Prof. Your time is up just have some little respect for SKM. Ukiona I have even gone to an extent of sacrificing my nominee for CS position to him mimi sio mjinga." Replied Mike Sonko.

Sonko joined Kenya Kwanza coalition days before the general elections. He cited lack of his party to defend him from the battles he faced in court and thus shifted camps.

You Will Have no Competition in 2027, Elated Kenyans Tell Ruto After Remarks on CRB, Fuliza

William Ruto Welcomes Move to Transform CRB:4 to 5m Kenyans will be removed

President William Ruto Finally Talks About Mama Mboga, Here Is What He Said