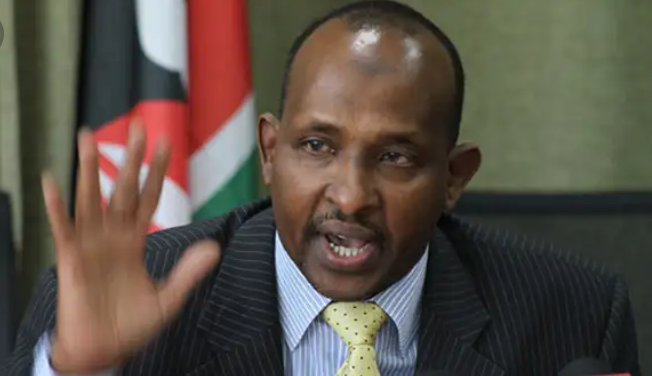 Speaking on Gerald Bitok YouTube show, Duale revealed that he confronted Uhuru on his alleged broken relationship with Ruto but the president flatly denied the allegations.

Further, the legislator pointed out that Uhuru stated that he had not denounced his deputy as his preferred successor.

“More than 20 times I have asked President Uhuru Kenyatta if he has an issue with Deputy President William Ruto and he says he has no problem.”

“I’ve also asked him whether he has another preferred candidate, and he asked me in my face, where did I say that William Ruto is not my candidate?” Duale stated.

Duale reiterated that the politics of deceit and betrayal has been prevalent within the scene in the recent past and is expected to continue as we head to the 2022 General Election.

“People are only telling you one side of the story. The politics of betrayal, deceit and backstabbing is a common denominator in Kenyan politics.”

Duale was referring to ODM Leader Raila Odinga, whom he claimed betrayed his loyal members at his camp for aligning with former President Mwai Kibaki.

“In the case of Orange Democratic Movement, don’t tell us that the mountain must elect Raila for saying Kibaki Tosha.”

“By affiliating with Kibaki, Raila betrayed senior leaders in his camp such as Simeon Nyachae, George Saitoti, Kalonzo Musyoka over what they agreed at Serena hotel (that they wouldn’t agree on a candidate at the time) and I was part of that movement.

The former National Assembly Majority Leader has been on the campaign trail for the United Democratic Alliance (UDA) outfit affiliated with Ruto.