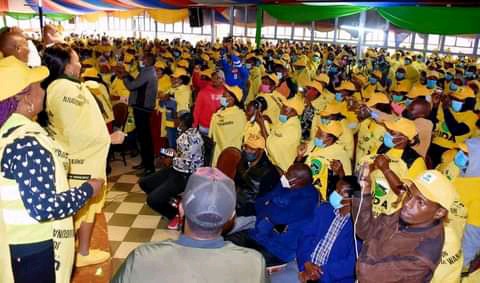 Competitive campaigns have dominated Kiambaa constituency for the past one month. The main contest is expected to be between Njuguna Wanjiku of UDA party and Kariri Njama of Jubilee party. Both candidates command a huge following in Kiambaa.

With only ten days remaining before the by-election is conducted, all signs show that Njuguna Wanjiku of UDA might be the next representative of the people of Kiambaa. A number of opinion polls have been conducted and results seems to affirm that UDA is far much ahead.

The Star newspaper is the latest to release opinion poll results which indicate that the UDA candidate is the most popular with 54%. This observation has impressed UDA supporters some saying that the support is even much higher. 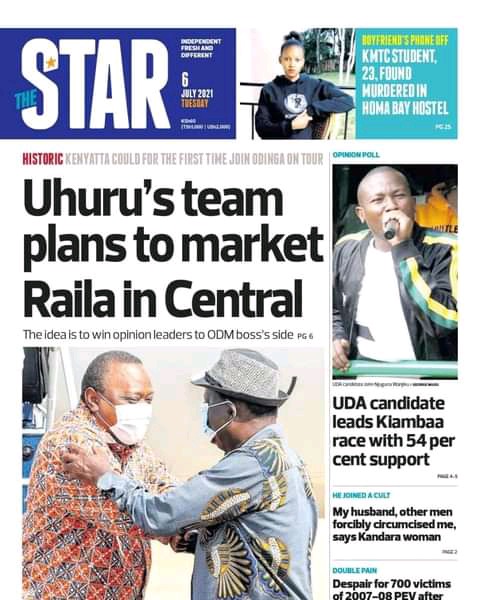 This opinion poll by the star comes just a few days after Mizani Africa released another poll. According to Mizani Africa if the elections are held today, Njuguna Wanjiku would win by 56%.

The poll further reveals that Jubilee candidate, Kariri Njama, stands at 31%. There is just a small variation between the two polls but the final results seem to be the same. 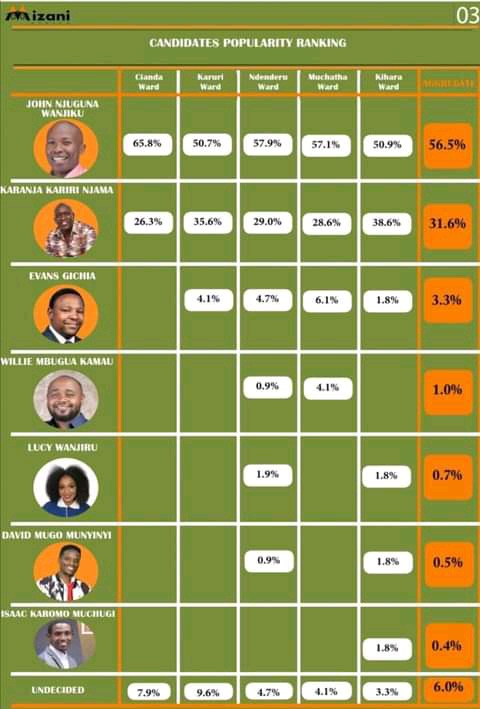 If these will be the results on 15th July, then Jubilee party will be on the verge of extinction. For now it remains to be a matter of wait and see.