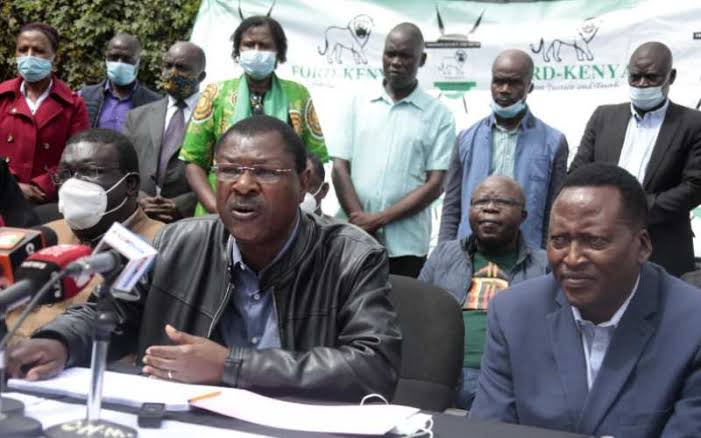 Speaking to Citizen TV morning breakfast, Richard Onyonka has made it clear that he resigned from the Ford Kenya party for he believes in Raila Odinga. According to Onyonka, he would resign officially from the Wetangula's led party come February by writing.

Onyonka has made it clear that he will resign from Ford Kenya for he doesn't believe in the party anymore. Onyonka is clear he will not be distracted by anything whatsoever in joining Raila Odinga camp.

This is clearly a big blow to Ford Kenya because Onyonka has contributed to the success of the party. However moving forward we expect Ford Kenya to lose heavily in some regions that Onyonka controlled politically.

However as always time will tell of what will happen ahead of the 2022 general election for clearly a lot of things might change as time goes by. Clearly we live in interesting times where leaders are shifting political camps with a supersonic speed obviously looking at their political interests.