Raila Hits On Ruto And His Wheelbarrow Thing

By HE-Hinda-Edwin (self media writer) | 23 days ago

Deputy President (DP) William Ruto has been marketing his United Democratic Alliance (UDA). In efforts to make it easy for the people to understand his idea and manifesto, he crafted the hustler narrative and the bottom up economic model. This has see has seen DP empowering young people with some of them receiving materials that they can use to empower their businesses. The most popular of the items given to the youths is the wheelbarrow which also doubles as the logo of the UDA party. This has attracted a lot of criticism especially from those politicians supporting president Uhuru Kenyatta and former Prime Minister Raila Odinga. 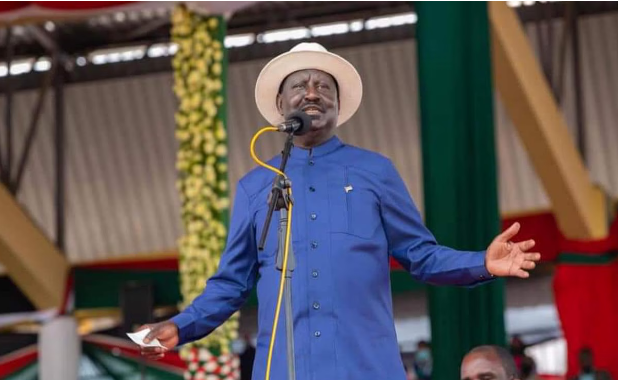 The move of changing the political discussion by DP Ruto and his hustler brigade has posed a lot of questions and change in the political arena. At some point, Hon Raila also started campaigning using an alternative economic model which was the " Made In Kenya" economic model. This was meant to counter the effects that the hustler nation was having on the people especially the youths. Of late, the One Kenya Alliance (OKA) have also changed their tact of attracting votes. The leaders have started making promises that appeal to the people. Wiper leader Kalonzo Musyoka stated on how he would actualize a 24 hour economy by dividing it into three shifts. Hon Kalonzo also promised that he would pay the loans the country within the first year if OKA ascends to power. On the other side, Baringo Senator Gideon Moi has promised free primary education.