By ArapOutta (self media writer) | 3 months ago 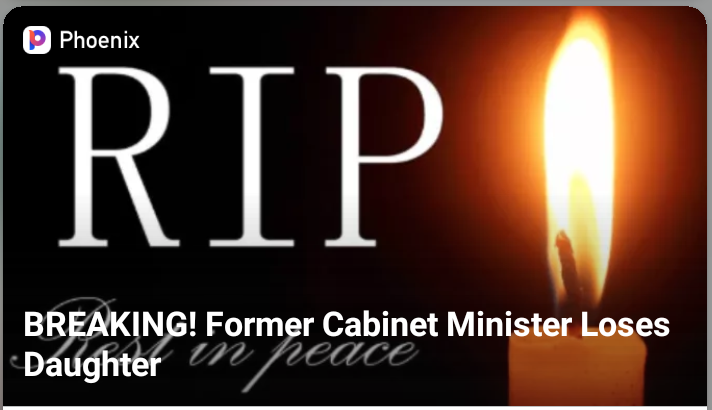 According to the report, the family of former Cabinet minister Dalmas Otieno has been thrown into deep mourning following the sudden demise of their daughter.

Joan Otieno died while undergoing treatment at one of the hospitals where she had been admitted to an Intensive Care Unit(ICU).

Dalmas otieno, who was one of the ministers during the presidents Daniel arap Moi and Mwai Kibaki-era, announced the sudden death of his daughter via his social media account on Tuesday, October 5.

"It is a sad morning, Joan has gone to be with the Lord. Fare well daughter." he wrote on his social media page.

This is not the first time that this calamity is befalling him. In 2008 and 2014, Mr. Otieno lost a son, Isaiah and a daughter, Eflyne respectively. Eflyne died after a short illness stroke her in 2008. Later in 2014, Isaiah was killed after a plane fell on him in Canada. May their souls rest in peace.

Content created and supplied by: ArapOutta (via Opera News )