What Musalia Mudavadi Did That Left Netizens Talking On Social Media 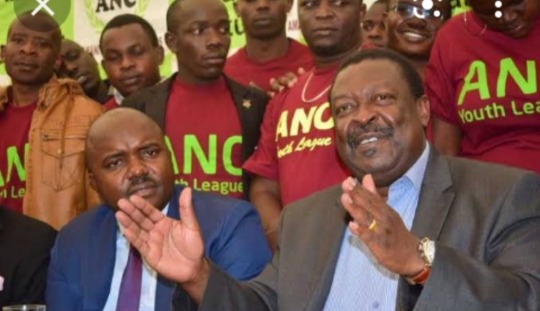 His allegations are actually contradicting what had been earlier reported by OKA Technical Committee which had hinted out that OKA had settled on the Wiper Party leader Hon Kalonzo Musyoka. 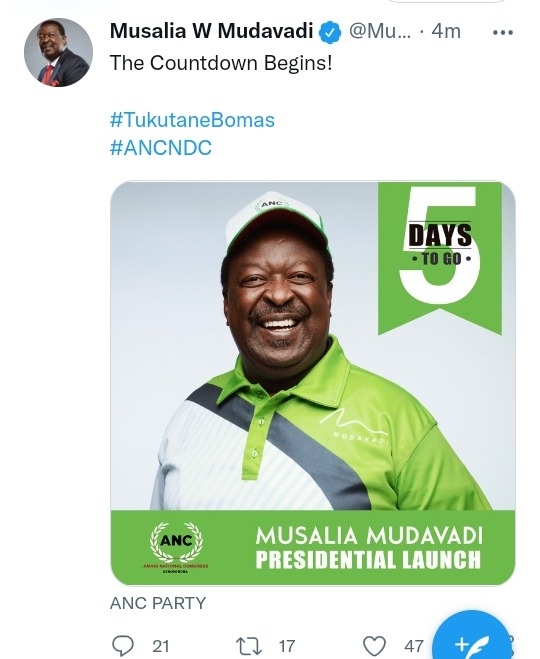 Kenyans reacting on his post, they have claimed that One Kenya Alliance has to review its strength and decide either to choose between the Orange Democratic Movement linked to the former prime minister Raila Odinga or the United Democratic Alliance, UDA associated with the second in command His Excellence William Ruto.

The count down as noted by the ANC leader Musalia Mudavadi is going to cause some kind of Tsunami and fear to his rivals.

See how netizens have reacted. 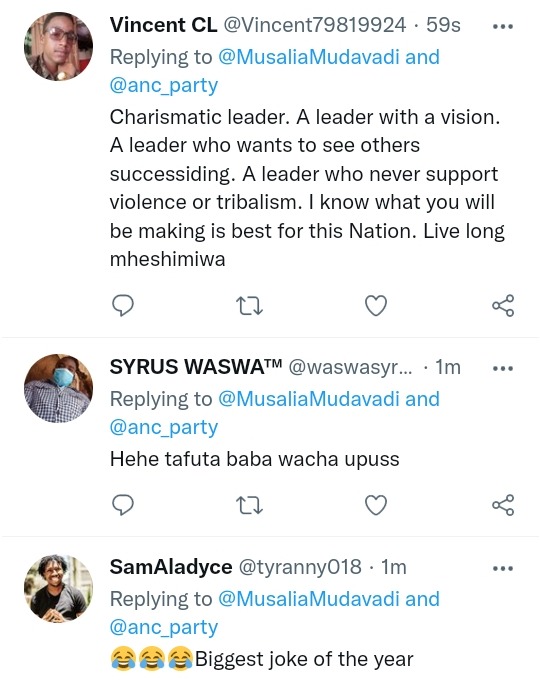 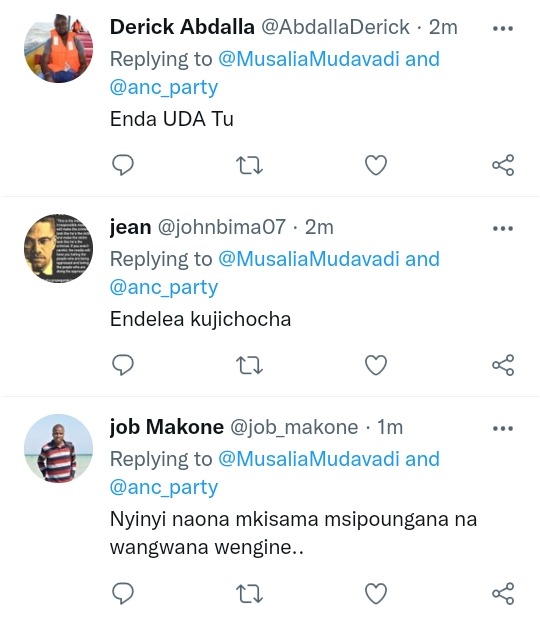