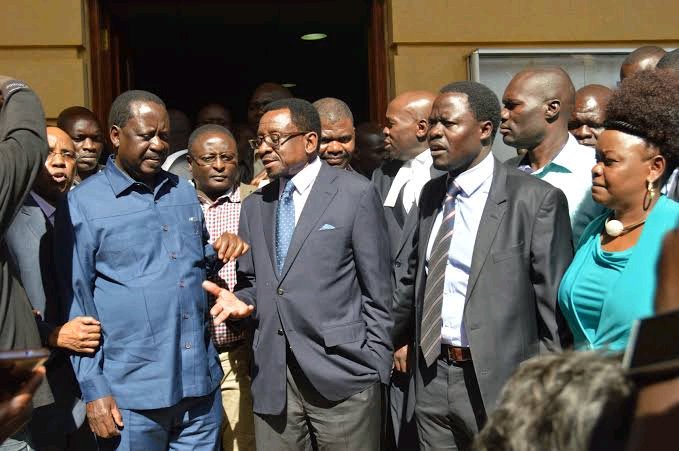 The remarks made by the son to Ugandan President Museveni son that he that he only needs two weeks to capture completely Nairobi county which is the capital city of Kenya has attracted the attention of so many leaders and people both drawn from the government and the opposition.

Homa at town member of Parliament jonourable George Kaluma has warned the son to the Ugandan president over his remarks saying some jokes are too serious and should not be played with for a friendly nation like Kenya.

"A bad, bad joke with a friendly state. Let's avoid such as good neighbours. @mkainerugaba @StateHouseKenya," he posted shortly after the son to the Ugandan president claimed that he only needs two weeks to capture Nairobi county. 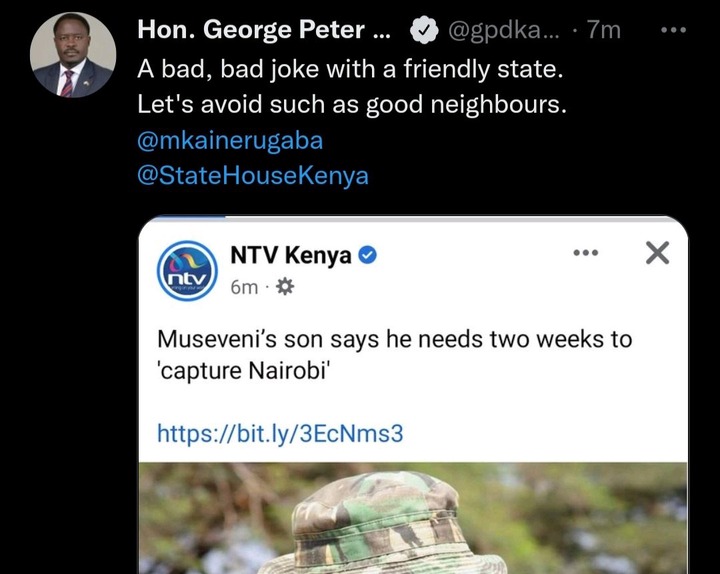 The statement which was made by the son to Museceni has left many people talking as to how can Uganda capture Kenya just within tqo weeks since when taking about Nairobi which is the capital city of Kenya then he most likely talking about capturing Kenya.