Former Prime Minister Raila Odinga has broken his silence following his accompaniment of president Uhuru kenyatta in Nakuru County when the commander-in-chief was unveiling Nakuru town as the new city of Kenya. The former Prime minister has issued a congratulatory messenge to Nakuru City few minutes after the president indirectly and endorsed him as the next Kenyan president where he advised kenyans not to be deceived that someone is too Old to lead this country. In this event, the president seemed to endorse the former Prime Minister Raila as the next president. 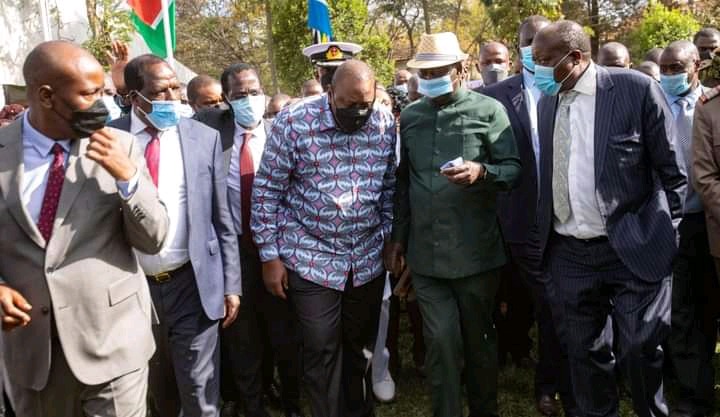 Taking to his Official Facebook account, Raila Odinga has issued the following statement, "Congratulations to Nakuru on becoming Kenya's fourth city after being conferred city charter by president Uhuru kenyatta at a colourful event this afternoon. This cosmopolitan and economically diverse County is going places and we wish them well. Devolution is working." The former prime minister issued the statement evidenced in the screenshot below that was captured in his official Facebook account.

Meet Cordelia, A Lady Who Has 12 Inches Long Nails Which She Has Kept For Over 30 Years