"You Shouldn't Talk In front Of People," Sudi Tells Kalonzo

Sudi who is well known to hit the nail on the wound this time did not spare the former vice president as he revealed the details of a ksh400,000 given to Kalonzo by president Uhuru Kenyatta at a certain fundraiser. 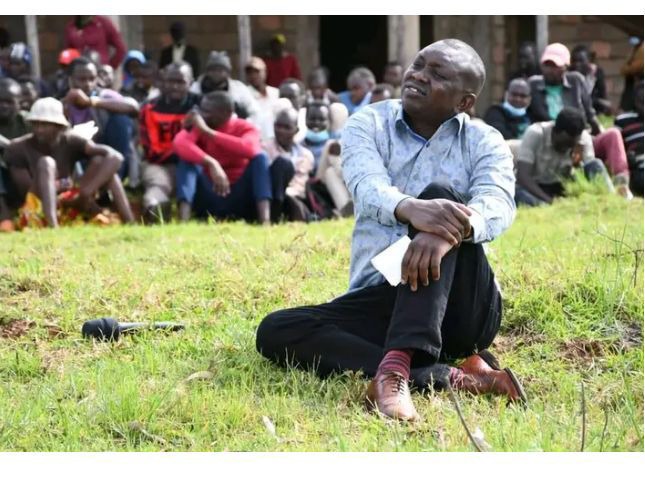 Sudi claimed that Kalonzo is a chameleon,a wolf wearing a sheep's clothing and should not be talking in front of people. He calmed Kalonzo is one person who has benefited much from corruption money from the Jubilee government.

He went ahead to ask Kalonzo to appear in front of the camera and put it in lime light how many times he has benefited from the government. He then asked him to sit aside as he is still too young to compete with Ruto politically and that Raila Odinga is the one who should be engaging with the second in command. He said Kalonzo is his mate in politics and should accept the reality.

"I want to tell Kalonzo that he should not appear before the camera and mislead youths. You're not the only person who knows the thieves in the government. And by the way you're like a wolf wearing a sheep's clothing,you should tell us how much you've benefited from the Jubilee government and not misleading us," he said.

"Unless you don't know,go ask where the Ksh 400,000 that you were given the other day came from. You're still young in politics,in fact you're our mates in politics,leave Ruto to engage with the likes of Raila Odinga," he added.

Sudi is always known to be a strong supporter of deputy president William Ruto and attacks the critics of the second in command without hesitation.

Here is the link to the video of Sudi warning Kalonzo.

“Worst Is Yet To Come But We Shall Overcome Bro," Ruto Turns Emotional Re-assures Allies

DP Ruto Paints MP Gachagua as a 'Clean Man', Reveals Where His Charges Are Coming From

DP Ruto Pens Down Heartfelt Message to Gachagua, Reveals Why Rigathi Is Undergoing Such Hard Times

Bitter DP Ruto Reveals Why His Close Ally Was Arrested, Says His Rivals Have Connection And Network