Kalonzo Musyoka, Johnstone Muthama Tears One Another in a Fracas

By officialGachoki (self media writer) | 1 year ago

Responding to Johnstone Muthama’s accusation of being misled, Kalonzo Musyoka has said that he is not ready team up with the Deputy President, William Ruto as his running mate.

Wiper party leader stated, “I am not ready to be Ruto’s running mate. Go tell him that I will be on the ballot come 2022.” 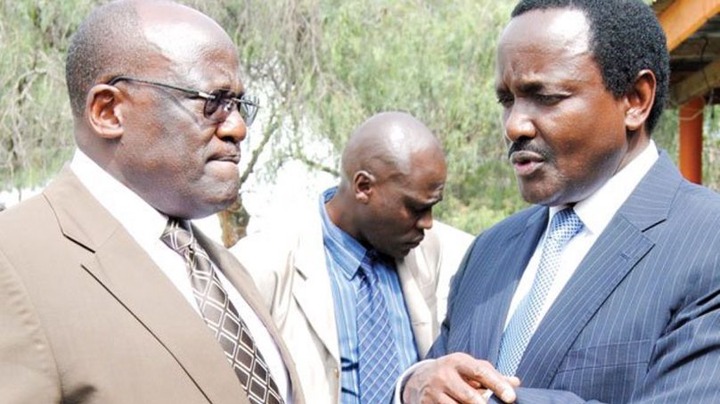 Kalonzo Musyoka has accused his former confident, Johnstone Mutahama, of betrayal as he tells him off that he will now back DP Ruto in 2022 presidential bid.

Johnstone Muthama is alleged to have parted ways with Kalonzo Musyoka and announced his exit from his party.

Muthama addressed this during the burial of a son of late veteran politician Mulu Mutisya. According to him, he said that he has officially joined Ruto’s political camp urging the Kamba community to support DP Ruto.

He stated, “I want to tell Kalonzo and those cheering him to run for the presidency that presidential campaigns are not village politics.”

He added, “Those who want to run for the seat will have to convene huge gatherings in Nairobi, Mombasa, and in all regions across the country.”

Angrily, Kalonzo Musyoka told off Muthama for leading the Kamba community in the wrong direction. The former Vice President accused Muthama for orchestrating his fall out to the 2013 general elections claiming that Muthama urged him to team up with Raila Odinga.

Content created and supplied by: officialGachoki (via Opera News )