By Description (self meida writer) | 16 days 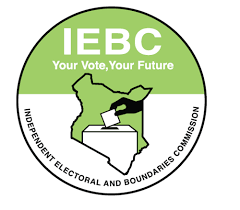 Reports concerning the fake BBI document that was passed by 34 County assemblies have been making headlines on various news platforms.

The Constitutional ammendment bill is now prone to court cases since it is only 13 Counties that passed the right document. Those who are opposing the Building Bridges Initiative now have a golden chance to stop the BBI reggae.

According to the IEBC's statement, its attention to issue the press was drawn by the discussions in the media concerning the various versions of the BBI Constitutional (Amendment) Bill, 2020.

Independent Electoral and Boundaries Commission has revealed that on the 10th December last year, the commission received from the Building Bridges Initiative Promoters six hard copies of the BBI draft.

According to the IEBC, they complied to the Article 257 (4) of the 2010 Constitution and carefully verified the copies. The commission found out that the documents were okay and had no errors. Additionally, the document had met a minimum of one million supporters and therefore the it was okay.

This time, IEBC received fifty seven (57) printouts of the BBI document. Out of the 57 printed copies, IEBC supplied forty-seven (47) of them to all the 47 Counties. This means that each county received one copy each.

However, the IEBC did not say that it did a verification exercise after receiving the second bunch of the BBI printed copies. Speculations are now high saying that the issue of fake BBI copy might have occurred during this period when the commission requested for the 57 copies. This press statement has also caused reactions on social media with many Kenyans claiming that the whole process of requesting those copies might have resulted to the mistake hence supplying the wrong copy of the BBI. 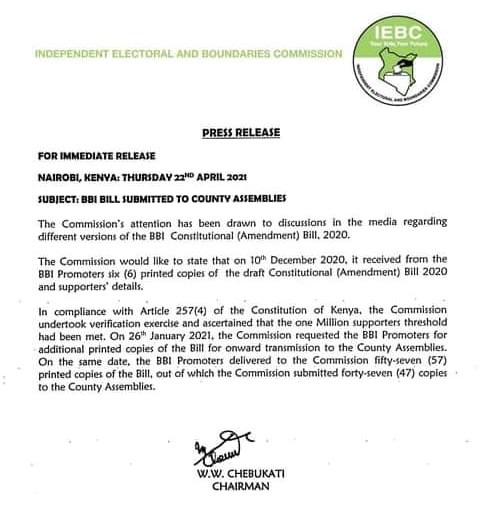 The Creator Of Safaricom's 'Please Call Me' Refuses 354M Compensation, Demand's This Amount

Govt Set To Embark On Mass Verification Of Title Deeds

Justice for Mercy Wambui, the mother to three children.

No Referendum, Kenyans Told as Sankok Alleges What Will Happen After The Senate Votes YES in The BBI

3-Counties That Are Most Likely To Suffer From Total Lockdown Soon.