What International Media Headlines Are Saying As Kenya Decides 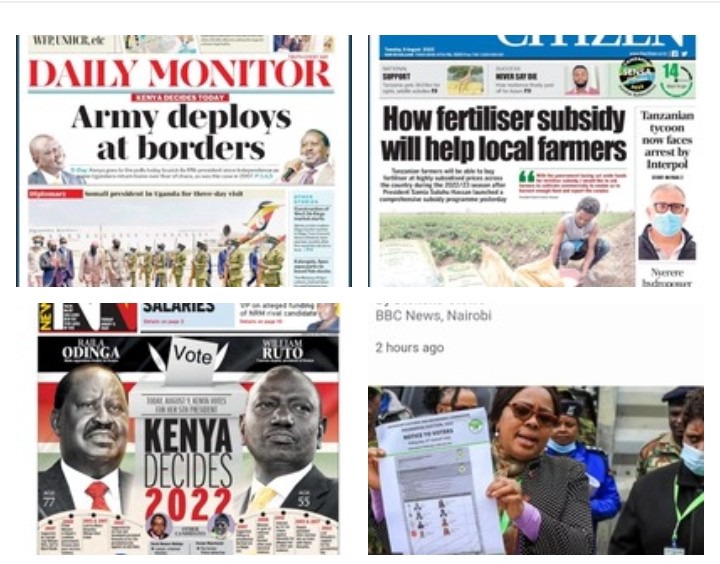 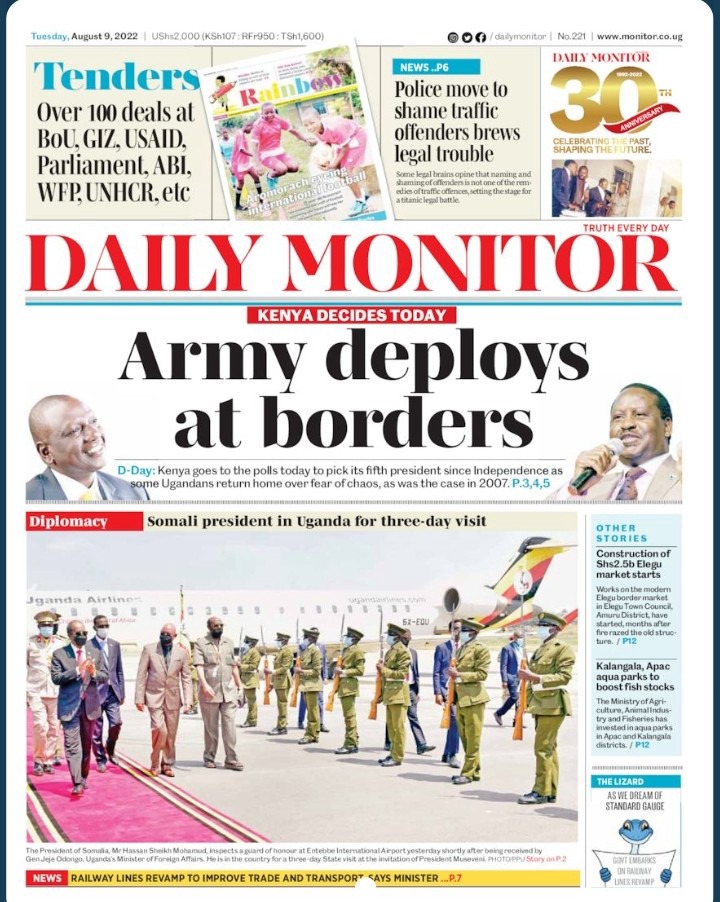 As kenyans head to the polls, the neighboring countries who are trading partners with Nairobi are also expectant just like the Kenyan voters.

East Africa and the world will not sleep until the votes in Kenya are counted, results announced and the loser of a presidential election concead defeat.

A number of Ugandans Living in Kenya are now trooping back home fo fear of uncertainties around this election.

According to the daily monitor, there is increased traffic at the boarder town of Busia as more and more people express interest to enter into Uganda.

Additionally, the paper reports that the military has been deployed at the boarders already. 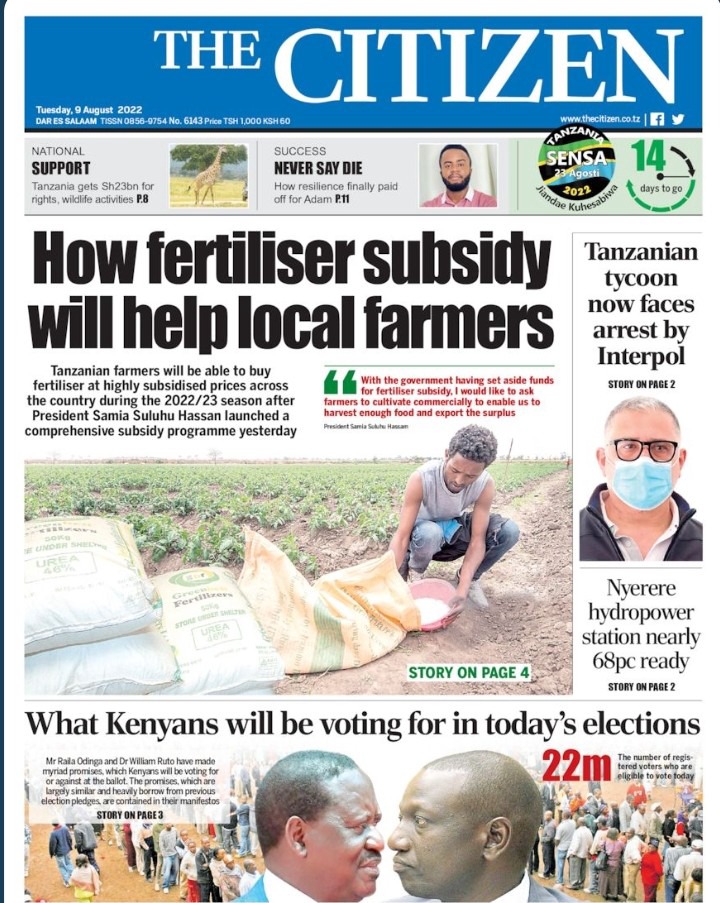 The citizen of Tanzania.

The paper's Headline talks of what kenyans will be voting for as they go to the ballot on august 9 whereby 22 Million voters will be voting between the deputy president William Ruto and Raila Odinga. 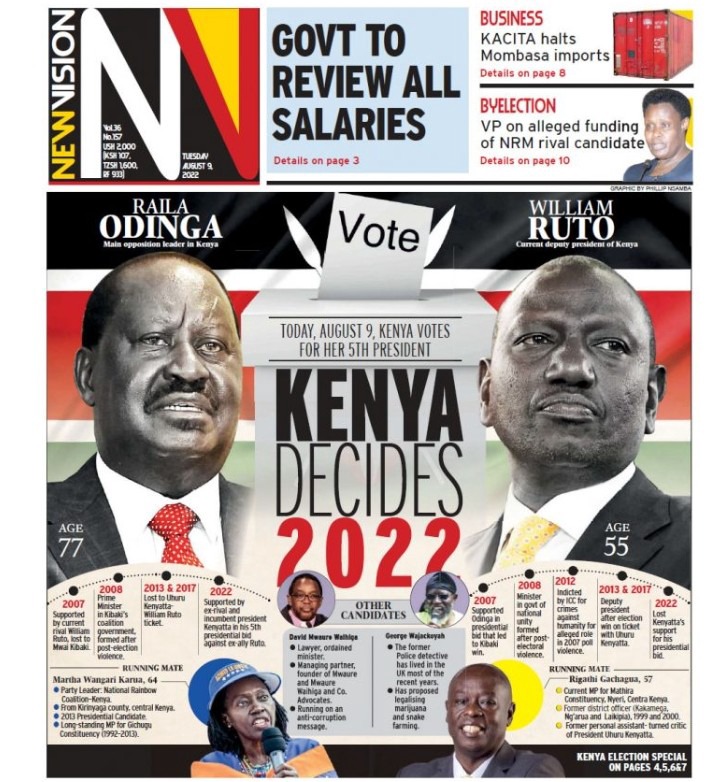 The new vision gives a detailed report on the identities of the foremost presidential contenders in today's election and their running mates.

Raila and Ruto are described as former comrades who worked together in 2007 when Raila was making his second attempt at the presidency.

The two would later on fallout with Ruto linking up with Uhuru Kenyatta whereby they ended up beating Raila in 2013 and 2017.

However, the president's decision to make peace with Raila Odinga left his deputy to go it alone against Raila who now enjoys the unwavering support of the outgoing head of state.

The paper too describes the lives of the duo's running mates with Karua being hailed as long serving politician who worked in kibaki administration as a minister and an MP. 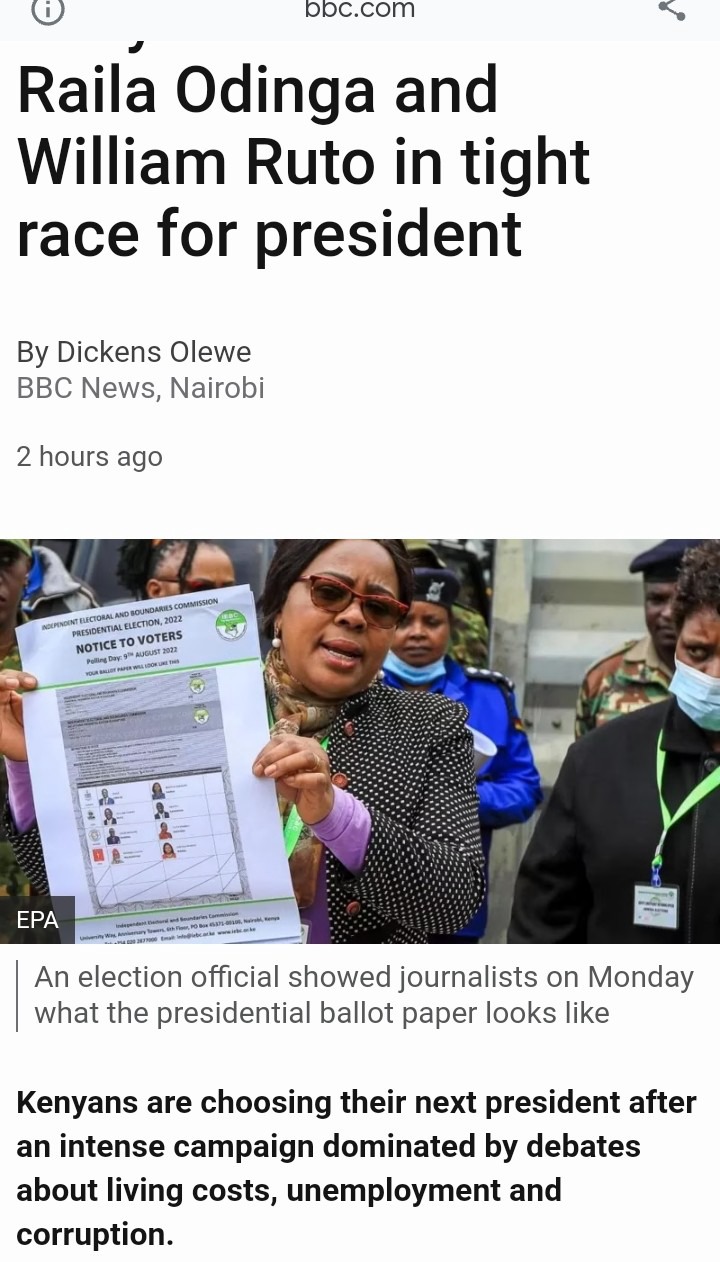