By Festusmichira. (self media writer) | 2 months ago 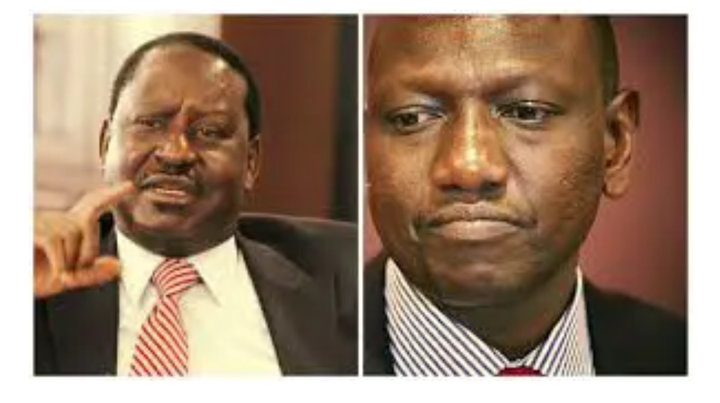 President Uhuru Kenyatta's successor is preferred by a higher percentage of Kenyans, according to TIFA Research polls released on November 19, 2021.

A majority of respondents to a recent poll of potential 2022 presidential candidates endorse DP Ruto, although only about one-third of those polled support him (38 per cent).

In second place was Raila Odinga, the leader of the ODM party, who garnered 23% of the vote.

Both William Ruto and Raila Odinga's regional support is less concentrated than that of any other probable contender. When it comes to the Central Rift (57%) and Mount Kenya (53%), Ruto performs better than the national average (38%) whereas Raila performs at or below the national average (23%) in the Coast (26%) and Nairobi (27%) and in the Northern (38%) and Nyanza regions (48 percent). Only 10% and 9% of Mudavadi and Kalonzo's support is concentrated in their home regions, respectively. "According to the research, "as well," the United Democratic Alliance (UDA) was also found to be the most popular political party in the country, according to the poll.

But as of now, no political party or alliance/coalition has the support of more than one-third of Kenyans, with over half (40%) indicating they are unsure about their preferred candidate.

Polls show that UDA is more popular than both ODM and Jubilee put together, with a combined 30 percent of the vote (21 percent).

Despite this, the percentage of people who are not affiliated with any political party is roughly identical in all regions (ranging from 25 per cent in the Central Rift to 45 per cent in Nairobi). According to the surveys, more than five times as many Kenyans believe that Uhuru favours Raila over Ruto as his successor. (48 percent vs. 9 percent). Still, a third of Kenyans (33%) are unsure who the country's next president should be, while a small but significant percentage believe the president hasn't decided yet (5 percent).