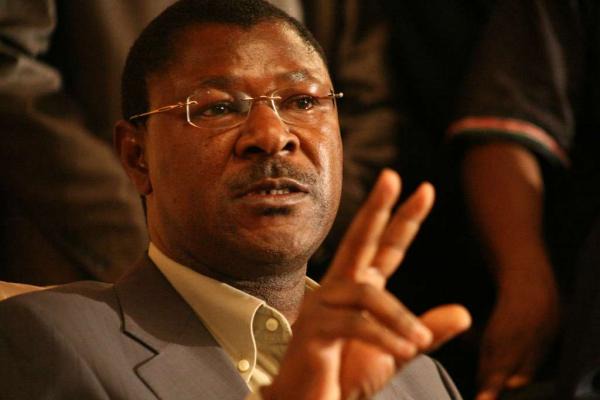 Kenya Kwanza Alliance may not have the necessary support to win the Senate Speaker position due to a constitutional requirement that Moses Wetang'ula of Bungoma retire first before running for the position of National Assembly Speaker.

William Ruto, the incoming president, holds a tenuous 24-23 Senate majority. This suggests that, should Mr. Wetang'ula step down, Azimio la Umoja One Kenya Coalition and Kenya Kwanza will be tied with 23 seats each. This deadlock could tip the race in either direction depending on which side would submit in a secret vote. The clause also puts Mr. Wetang'ula in a precarious position since he would be taking a political risk, the one that may result in his resignation yet still cause him to lose the Speaker's election because neither group has the support to assure victory.

When the 20 nomination slots are taken into account, there will still be a tie in the Senate since UDA is expected to take 10 of the positions and Azimio will fill the final one. In an effort to get more support, Dr. Ruto has subsequently contacted Ali Roba, a senator elect for the United Democratic Movement (UDM) of Mandera. The Azimio affiliated party is expected to win one nomination slot in addition to its two Senate seats. 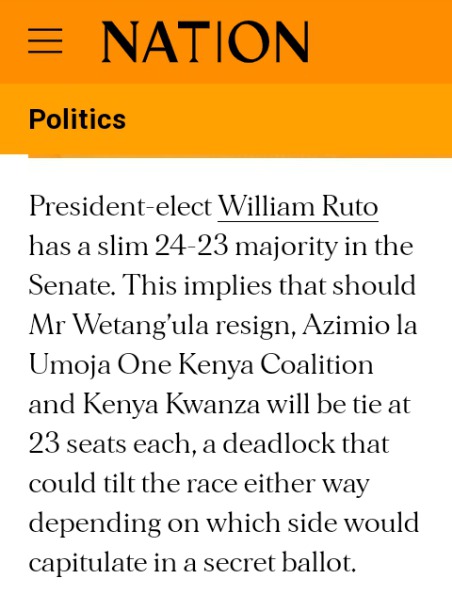 In a pre-election agreement, Dr. Ruto gave the crucial Speaker position to the leader of the Ford Kenya party Mr. Wetang'ula. To minimize a potential risk that could cost the coalition money, there are already plans to have outgoing National Assembly Speaker Justin Muturi run for the position.