By HotKE (self media writer) | 2 months ago 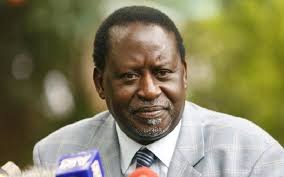 Azimio la Umoja presidential candidate Raila Odinga has for the first time revealed why he allowed President William Ruto to walk away unchallenged. Speaking for the first time after being defeated by the Kenya Kwanza leader, Raila said he had let go off the presidency after the ICC approached him. Raila said that the ICC told him to accept the ruling of the Supreme Court to avoid driving the country into chaos.

Since the ICC still has a pending case of post election violence in the country, they did not want to see the same scenario repeat itself. They therefore approached the former prime minister and advocated for peace. 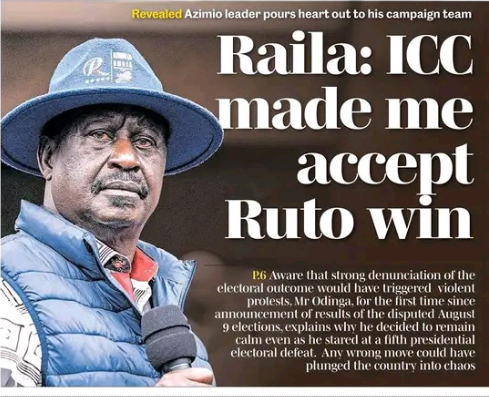 This is the first time that Raila has opened up about being influenced by the ICC to concede defeat. He had initially filed a lawsuit to challenge Ruto's victory but the Supreme Court dismissed the case after they said there was not enough evidence to support it. Raila has however moved on and agreed to lead the opposition. Follow the page for more news updates daily.